Fishing for answers: Opportunities for Expanding the Aquaculture Industry in Northern Australia 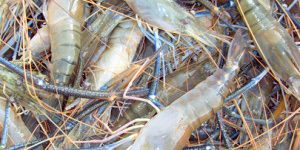 The potential for aquaculture was raised in the Government’s pre-policy planning document, the Green Paper on Developing Northern Australia, which noted that there was ‘considerable interest from investors in developing more land for agriculture, establishing new meat processing facilities and aquaculture production.’

The inquiry into opportunities for expanding aquaculture in Northern Australia will examine:

In its September 2014, Pivot North Report, the Committee recommended that the Government facilitate the development of the aquaculture industry in Northern Australia by improving the regulatory framework.

Committee Chair, the Hon Warren Entsch MP, stated: “The Commonwealth Scientific and Research Organisation has identified about 594,000 hectares in Queensland, 528,000 hectares in the Northern Territory, and 516,000 hectares in Western Australia as being suitable for aquaculture. This is an area greater than the combined land area of Brisbane, Darwin and Perth and demonstrates there is significant potential for farming sea and freshwater products along coastal regions of Northern Australia.

“This inquiry will allow the Committee to examine in greater depth, an industry which has the potential to significantly contribute to growing the economy and improving employment opportunities in the region,” Mr Entsch said.

Written submissions from interested individuals and organisations are invited by COB Friday, 1 May 2015. The preferred method of receiving submissions is by electronic format, lodged online using a My Parliament account. Please do not send submissions directly to the Committee’s email inbox.

Guidance on preparing a submission is available on the Committee’s website at www.aph.gov.au/jscna.

The Committee is expecting to conduct public hearings and inspections across Northern Australia as part of its inquiry.