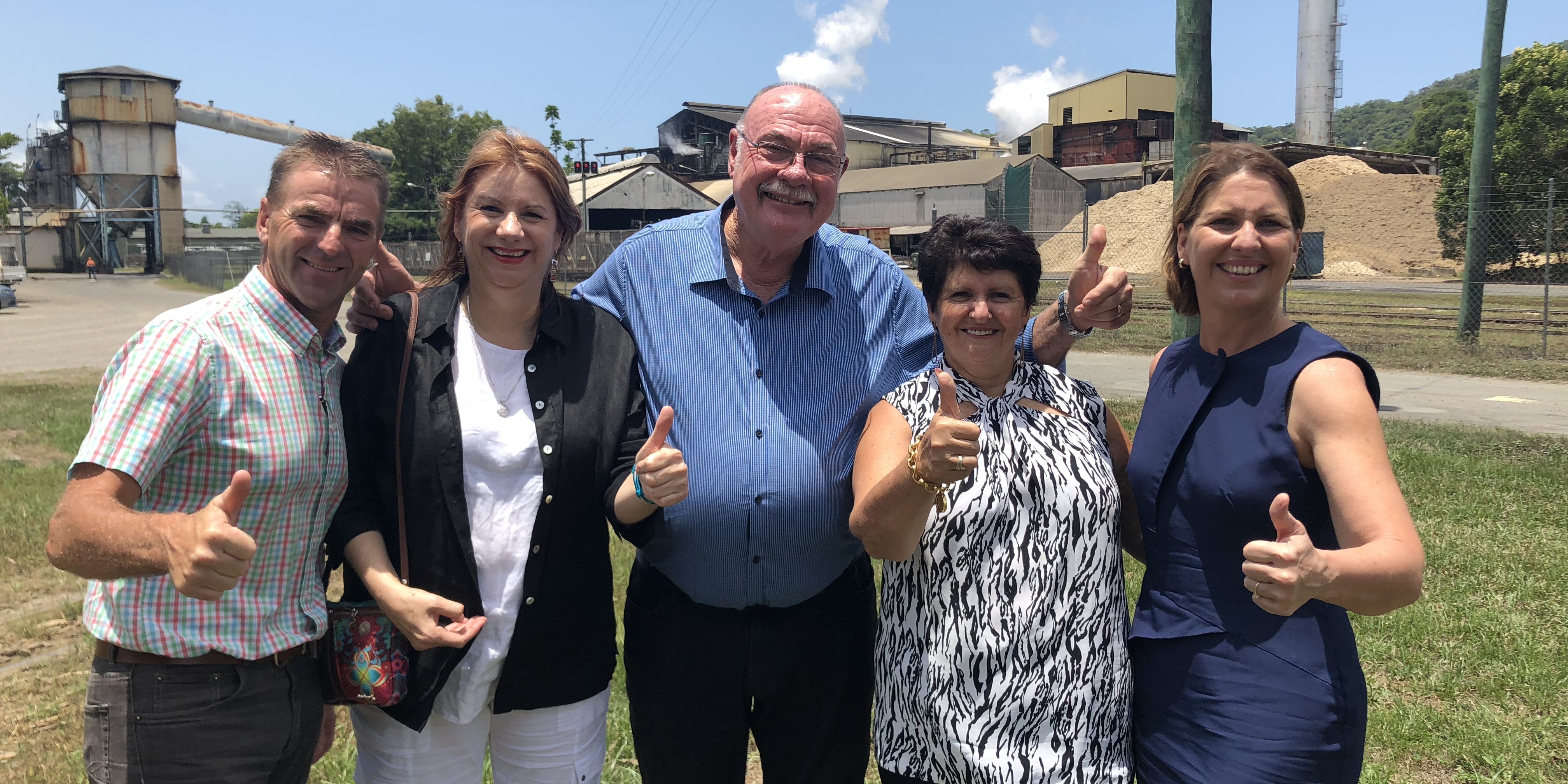 A transformational infrastructure project is a step closer to becoming a reality after the federal government committed up to $20 million to support the Mossman Mill Transition Project.

This commitment will be delivered through the Community Development Grants program.

The $20 million commitment is subject to the completion of a positive business case and a significant contribution from the Queensland Labor Government.

“This is about listening and delivering for my community,” Mr Entsch said.

“This project will not only transform the mill, but also the region, through technology and innovation.

“Building on the 560 jobs the mill already supports, this transition project is expected to create an estimated 86 new long-term jobs, which is a major boost for the town and region.

“I want to congratulate Far Northern Milling on their foresight and ingenuity along with Advance Cairns, the Cairns Chamber of Commerce and Douglas Shire Council for their advocacy.

“I look forward to working with them in coming months.”

Canegrowers Tableland chairperson Maryanne Salvetti said the federal government’s $20 million commitment to transition the mill to a bio-energy and feed stock processing plant will secure the future of the Mossman Community.

“This shows that the determination of a group of people to secure their future has not gone unnoticed by federal government,” Ms Salvetti said.

“I would like to thank Prime Minister Scott Morrison, Deputy Prime Michael McCormack, Finance Minister Senator Mathias Cormann and other government ministers and their advisors for believing that a group of farmers can achieve great things when given the opportunity.

“I would especially like to thank Warren Entsch because without his support and influence this outcome would not have been possible.

“The Mossman Community will be forever in his debt.

“I also believe that this outcome was only achieved because of Advanced Cairns’ ingenuity to take a business convey to Canberra last month to lobby for the North.

“We still have much work to do to bring this project to reality and the announcement today will give us more the confidence we need to continue forward.”

Deputy Prime Minister Michael McCormack said the project would provide necessary support for a major regional project that will build long-term economic growth and create jobs in the region.

“The Mossman Mill Transition Project will unlock economic opportunities in the Mossman community and the surrounding Far North Queensland region, especially for cane growers and all those industries which support the existing Mill operations,” Mr McCormack said.

“I am pleased to announce the government’s support for this project and we look forward to considering the detail of the business case in coming weeks.

“This project is just a couple of steps away from receiving funding and making this part of far north Queensland even stronger and more resilient.

“Transitioning the existing mill into a new bio-precinct will lead the way for the Australian Sugar industry in this part of Queensland and beyond.”