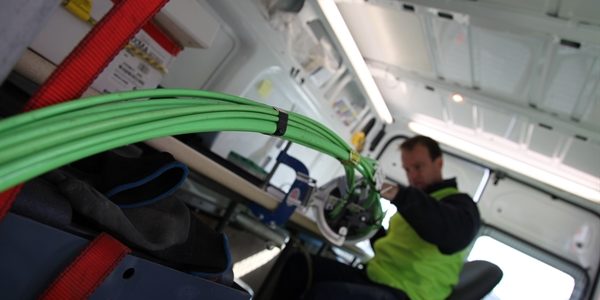 WORK has started to deliver the NBN to around 40,000 premises in Leichhardt, under a revised rollout approach that will save months in construction time and nationally, will see the project completed years sooner and at less cost.

Across Australia 436,000 premises are due to start NBN construction in coming months. The NBN will use different technologies where they are most appropriate, including fibre to the node. This new approach will see the upgrades accelerated throughout the country.

“Speeds like this mean that a household user could stream up to 18 high-definition Netflix streams simultaneously, or use other demanding programs such as online learning and tele-health consultations,” said the Federal Member for Leichhardt, Warren Entsch.

“Today’s announcement shows that our plan to deliver the NBN sooner and at less cost to taxpayers is working.

“Unfortunately, under Labor, the experience from residents and businesses was one of frustration – people never actually knew where they stood,” Mr Entsch said. “They were promised the world, but construction has been painfully slow.”

Around the country, the pace of the NBN rollout has greatly accelerated, with more than 1 million premises now serviceable by the NBN’s various technologies, up from 275,000 serviceable premises at the time of the election.

A new contracting model recently signed by NBN will reward those contractors who can demonstrate they can complete construction quickly while meeting specified levels of build quality.

“The great thing about the NBN’s new approach is that we will see the benefits of broadband much sooner and services will be much more affordable ? avoiding the 80 per cent price hikes that were foreshadowed under Labor’s project,” Mr Turnbull said.

The NBN recently reached the one million premised passed milestone. By September 2016, more than three million homes and businesses will have an NBN service in place or under construction.