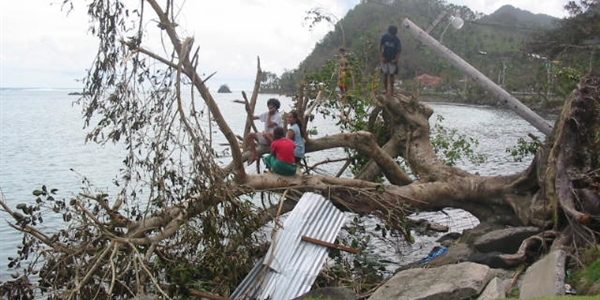 FEDERAL Member for Leichhardt Warren Entsch has welcomed the Queensland Government’s acceptance of the Australian Government’s interim solution to the ‘day labour’ issue.

“This has been an ongoing issue which has disadvantaged communities in Leichhardt for all too long,” Mr Entsch said.

“It’s great news that the Queensland Government has agreed to our interim solution, and has indicated broad support for the further changes that are needed to make day labour sustainable in the longer term.”

After years of inaction by the former Federal Labor Government, the Federal Coalition Government has put forward both interim and longer term solutions to the day labour issue.

“Cyclones are a fact of life in North Queensland and when a major event strikes, it has a significant impact on our economy and can mean that local communities are cut off for days, if not longer.

“This agreement will help local economies that are recovering from disasters by allowing councils to claim reimbursement for local workers, which also means they can have their workforce on the ground in a matter of hours.

“This is going to have a significant positive impact for shires like Cook and Douglas.

“For Cook Shire Council in particular, it has repeatedly been proven that it is better value for them to use their own workforce than to contract labour.

“Once the new arrangements are in place, the Federal Government will not be involved in the allocation of these funds – it will be agreed upon by the State Government and local councils.

“This is a very significant and positive change in how we deal with disaster recovery work.

“Looking further ahead, I’ll keep working with local leaders to make sure that the longer-term solution will meet their needs as well as ensuring that taxpayer funds are used efficiently.”