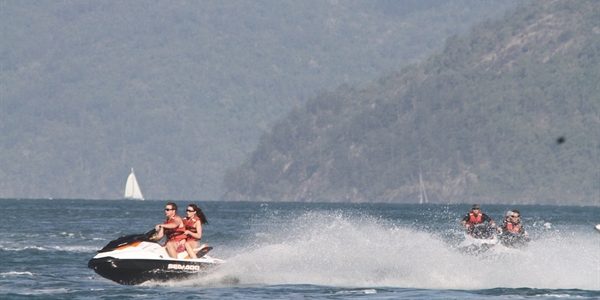 International tourists are continuing to flock to Far North Queensland in droves, spending more than $1,200 per person during an average seven night stay while they’re in town.

“Tourism Research Australia’s survey shows over the past three years there has been a 23 per cent increase in international tourists to Far North Queensland – which contributes to our job creation and boosts the local economy,” Mr Entsch said.

“I’m pleased to see tourism attractions in Tropical North Queensland continue to be popular with overseas travellers. It shows marketing of our region has breakthrough with international visitors, and this is great for local tourism operators.

“Tourism is one of Australia’s main industries and is responsible for a large portion of our country’s economic growth, that’s why the Federal Government continues to invest in growing this key sector,” Mr Entsch said.

“The International Visitors Survey also revealed spending by Chinese tourists has reached a new record in Australia – exceeding $10 billion for the first time.

The record spending occurred during the China-Australia Year of Tourism, initiated by our Government as we work to maximize the potential of China and Australia’s fastest growing and most valuable inbound tourism market to create new Australian jobs.” Mr Entsch said.

The International Visitor Survey is available on the Tourism Research Australia website: www.tra.gov.au