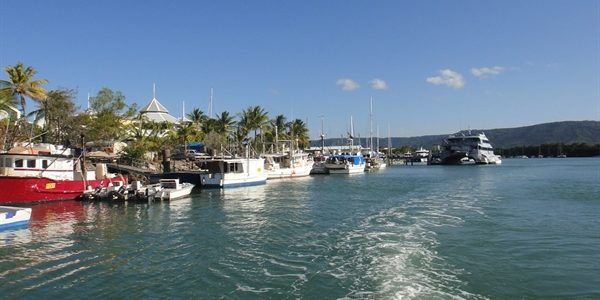 THE Douglas Shire is set to become a stronger community with three local groups being awarded a total of $50,210 in Federal Government grants to improve facilities.

Federal Member for Leichhardt, Warren Entsch has congratulated the groups who have been awarded grants under round three of the Stronger Communities program.

“It’s programs like this that can make a real difference to local groups in the way they connect and interact with community and build ties through offering better services, facilities and activities,” Mr Entsch said.

“The three projects awarded grants will be well received not only by those directly involved in putting together the applications, but also local residents who interact with them.

Details of the grants are;

– C&K Mossman Community Kindergarten has been awarded a $10,210 Federal Government grant to upgrade its kitchen and boost its facilities.

C&K Mossman Community Kindergarten Director, Tammy Millar said the kindergarten’s kitchen has been in desperate need of an upgrade.
“The upgrade is really going to lift the spirits of staff and allow us to have a modern kitchen in time for our next assessment and rating,” Ms Millar said.

“I thank the Federal Government for this grant and am pleased kindys in regional areas like ours can be recognised as part of the Stronger Communities program”.

Lili Jansen from the Port Douglas Outrigger Canoe Club Inc said the club would struggle to raise funds and their project may never have come to fruition if it weren’t for this Stronger Communities grant.

“Our new training and storage facility will allow members to continue to attract and grow our sport through increased participation,” Ms Jansen said.

“There is no existing facility of this kind within a 5km radius, so this will give us direct access to Four Mile Beach from where we are situated 60 metres away.

Mr Entsch said the Federal Government grants will be matched by a dollar-for-dollar contribution from the successful proponents to complete their projects.

“The three Douglas Shire projects are among a group of 11 Leichhardt initiatives that have received a total of nearly $150,000 in Federal Funding under round three of the Stronger Communities program. The other recipients are;
– AFL Cairns received $20,000 for its Cazaly’s Shade project

– St Vincent De Paul Society Queensland will use its $7,007 grant to build a training room at its Earville premises

– The Cooktown Amateur Turf Club has been awarded $15,000 for a kitchen and cold room upgrade

– Volunteer Marine Rescue Weipa Inc has been awarded $12,000 to fit-out and construct a training room

– Volunteer Marine Rescue Thursday Island will use a $7,000 grant for its Telescope project

– My Space Inc has been awarded $10,000 for a dual cab ute to help youth with disabilities gain employment through Piranha Mowing

“All Leichhardt applications were assessed by a panel of community representatives from Building Active Connected Communities FNQ (BACC) and identified as projects that meet the programme’s guidelines.

“I’d like to thank the BACC team for their help with the selection process and contribution to making Leichhardt a stronger community.