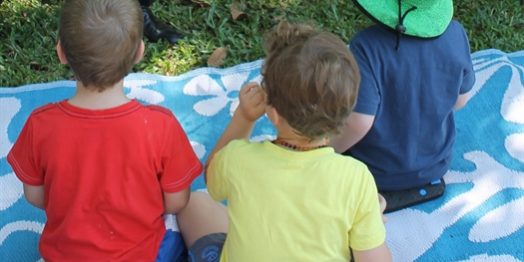 PARENTS in Douglas whose children are not immunised are running out of time to avoid losing child care payments under the Federal Government’s ‘No Jab, No Pay’ requirement.

While Australia has childhood immunisation rates of about 92 per cent, coverage of up to 95 per cent is needed to stop the spread of some diseases, such as measles.

“The Far North region has the second highest immunisation rate in Queensland at 96.3 per cent, but the Port Douglas – Daintree region is disappointingly low at 82.76 per cent,” Leichhardt MP Warren Entsch said today.

“There are many possible reasons for this, including access to doctors, parent literacy levels, and the prevailing views of community members.

“However, a family’s choice not to immunise their children is not supported by public policy or medical research. If a dangerous disease is preventable, we must do everything we can to stop it as the benefits for the broader community are too important to do nothing.

“That’s why we are implementing ‘No Jab, No Pay’. It’s all about protecting our kids and keeping them safe, so they have the best start in life.”

Parents whose children are not vaccinated, do not have a valid medical exemption or are not on a catch-up schedule by 18 March 2016 will start incurring a debt for those child care payments that they’ll have to repay.

Depending on when their child’s immunisations lapsed, some parents’ grace period might end later so parents should check the letter they received from the Department of Human Services.

Since the policy was announced in the May Budget, there has been a lift in immunisation rates across Australia, showing that parents are increasingly recognising the value and importance of immunisation.

Parents who do not intend on vaccinating their child can ask the Department of Human Services to stop their child care subsidies straight away, to avoid incurring a debt.

For more information about the changes to immunisation requirements, go to www.humanservices.gov.au/immunisation