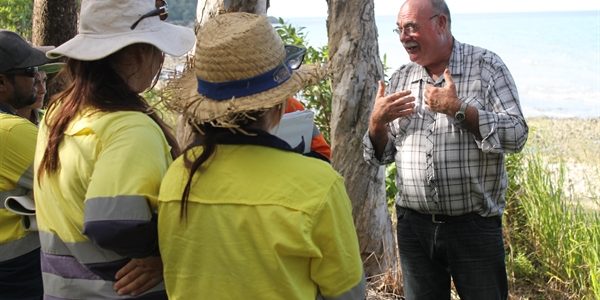 LEICHHARDT MP Warren Entsch has hit back at Labor’s rhetoric on ‘supporting apprentices’, saying people should look at their record in government and make up their own mind.

“When they were last in power, Labor cut employer incentives to hire apprentices on nine separate occasions. It was this $1.2 billion cut which triggered the 25 per cent drop in take-ups – the biggest drop on record, and something that we’re still feeling today,” he said.

“Labor also promised 2650 Trades Training Centres but only delivered around 300, and they spent $2.1 billion on the Productivity Places Training Programme where half of all participants failed to finish and, of those who did, only one in five found a job.

“The final straw is Labor’s hypocrisy in now seeking to introduce ‘integrity measures’ to stop rorting in the Vocational Educational system, especially around VET-FEE HELP.

“It was Labor that opened up the VET FEE-HELP system which has led to billions of dollars in cost blow-outs, and thousands of vulnerable students being targeted by shonky providers.”

Mr Entsch said that since the election of a Coalition Government in 2013, “as usual we’ve had to mop up the mess left by Labor”.

“We’re working hard to reverse the impact of Labor’s cuts to apprenticeships through a whole raft of supports, including:

• Introducing Trade Support Loans, which provide up to $20,000 in assistance with living and work expenses, and have been taken up by 40,000 apprentices.

• Australian Apprenticeship Incentives Programme – provides incentives of up to $4,000 to employers who create job opportunities for eligible apprentices.

• Introducing the $900 million Australian Apprenticeship Support Network, which helps match the right person with the right apprenticeship, and provides mentoring and other support to improve completion rates.

“This programme will specifically focus on young people who are considered ‘vulnerable’ in that they’re less than 25 years of age and in employment services.

“Up to 30,000 young job seekers each year will gain a four to twelve week placement in an industry of their choice.

“These are the measures that will help young people in Leichhardt avoid the disenchantment and feelings of self-doubt that come from long-term unemployment, or from failing to complete an apprenticeship because they’re not getting the support they need.”