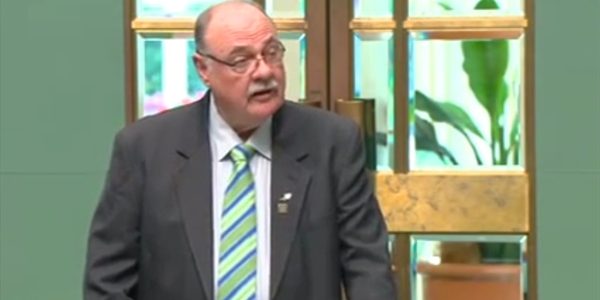 “We are blessed with having incredible communications technology,” he said.

“Technology that lets us speak instantly with family across the world, download our favourite movies and music in mere minutes, and ‘tweet’ or ‘blog’ about our lives to a potential audience of billions.

“But not everyone is using it for good. There are groups out there who use this same technology to commit crimes – to steal personal information, to distribute child pornography, and to plan terrorist attacks.”

Mr Entsch said: “We need a ‘whole-of-country’ effort and, against these threats, we need metadata.

“Metadata is the ‘who’, ‘when’ and ‘where’ – not the content – of communication. It’s information such as an email address or telephone number and the time the email was sent or the call was made.

“It does not include the content of the communication – not even the email subject line.”

He said the Government already works with major telecommunications companies to fight crime on an international, electronic level using metadata.

“This amendment is a string in our law-enforcement bow that will require telcos to keep specific metadata for two years.”

Mr Entsch said the data retention law was to help law enforcement agencies target actual criminals and “not the petty pirates who illegally download Game of Thrones or the latest Hobbit movie.”

“We need to put processes in place so that we have a strategic defence against tech-savvy terrorists, and so our law enforcement agencies can respond quickly and effectively against threats to our Australian way of life,” he said.

Mr Entsch also emphasised that personal privacy is a top priority of the Bill.

“Both Liberal and Labor came together to unanimously create a Bill that protects Australians from those who would harm us, while also protecting our privacy.”

He said a number of safeguards had been included to protect privacy including having the data held by industry rather than government, only giving specific government agencies access to the information in specific circumstances, and having multiple oversight bodies in place to make sure agencies respect the safeguards.

“We also recognise that the principle of freedom of the press is fundamental to our democracy,” he said.

“That’s why the Government is open to further measures to protect journalist sources, and I’m aware that these conversations are continuing.”