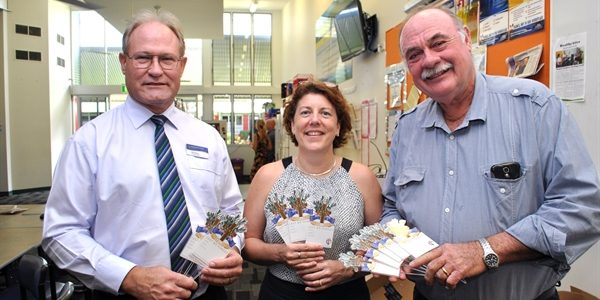 “The Great War was the crucible that forged our nation and that’s why the Centenary of ANZAC will be such a significant period of commemoration for all Australians,” Mr Entsch said today.

“As April 25th approaches, marking the official 100th anniversary of the Gallipoli campaign, locals will be able to commemorate this significant time with a range of events and projects around Leichhardt.

“In no way should the Centenary of ANZAC glorify war, but it should recognise what is best in the human spirit, what is noblest in our human character and acknowledge that the worst of times can bring out the best in us.

“I’m very pleased that a broad range of local projects have been successful in gaining ACGLP funding ? they’ll have a lasting impact and will be a reminder of this time for many years to come.”

The organisations that received grants are as follows:

– Catholic Education Services – $47,589 towards the production of ‘ANZAC Reflections’, a performance of music and verse to be held at St Monica’s Cathedral on April 21st and 22nd.

– Mother of Good Counsel School Parents and Friends Association – $10,000 to establish an Anzac Living Memorial Garden at the school on Sheridan St, Cairns.

– The Historical Society in Cairns – $9,491 towards the exhibition titled ‘Far North Queensland Remembers World War One’ which was held at the Tanks Art Centre in April 2014.

– Mossman RSL Sub-branch – $8,682 to erect a new memorial on the grounds of the Mossman RSL, a private place for reflection and remembrance.

– James Cook Museum, Cooktown – $17,388 towards a permanent exhibition recognising the activities and involvement of Cooktown residents in WWI.

– Trinity Anglican School – $3,542 to purchase two WWI ‘Memorial Boxes’ from the Australian War Memorial, an educational resource for schools and community groups in Leichhardt that will be hosted at the Australian Armoury and Artillery Museum, Smithfield.

The school is currently arranging for 13,000 Perspex stakes with specially-designed stickers to be distributed to every student and staff member in the Diocese over the coming fortnight.

Each student and staff member will be asked to write their name and, if possible, a short reflection. The reflection may be, simply, a word, or the name of a family or community member who served their country.

“These plaques will make an amazing display on the lawns outside the Cathedral, to coincide with the Reflections event,” Mr Entsch said.

“This Anzac Day, I urge everyone to find out about the events, marches and services that are taking place in their community, and attend to show their support on this very special occasion.”