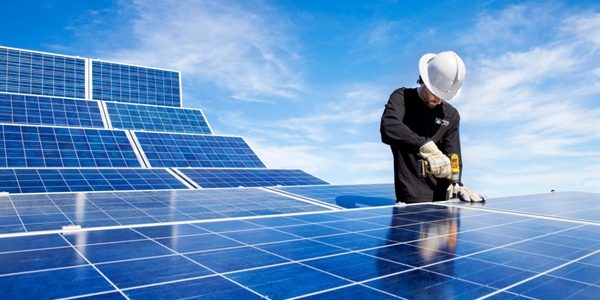 FEDERAL Member for Leichhardt Warren Entsch says Cooktown will be leading the world in solar power innovation with the construction of the Cook Shire Solar Storage Project.

Construction is set to begin in the fourth quarter of this year on Butchers Hill near Lakeland, and is being led by independent renewables developer Lyon Infrastructure Investments.

“I’ve been a very strong supporter of this project since its inception, and have been working closely with Cooktown Shire Council Mayor Peter Scott and Lyon to ensure it would receive funding through the Government’s Australian Renewable Energy Agency (ARENA),” said Mr Entsch.

“It’s taken years of work, as well as discussions here and in Canberra, to get to this stage where we’re just about ready to break ground – both on a construction level, and at a global innovation level.

“The project will create local jobs and training, but also show that Far North Queensland can lead the world with innovation in renewable energy. Already Lyon is in discussions with a number of multi-national companies on how to apply the learnings from this project to improve sustainability, costs, and power-supply security across global operations.

“Furthermore, the project will be designed to withstand wind from some of the strongest cyclones we experience in this region. It’s a true example of innovation in the solar power market.”

Mr Entsch added that the Australian Government is a strong supporter of renewable energy, and had committed to a Renewable Energy Target (RET) of at least 20 per cent by 2020.

“Our proposal would see the amount of electricity produced under the RET scheme double between 2014 and 2020,” he said.

“The Cook Shire Solar Storage Project will help with that goal and, at the same time, prove that large-scale solar energy production and storage can be used effectively at fringe-of-grid locations.”