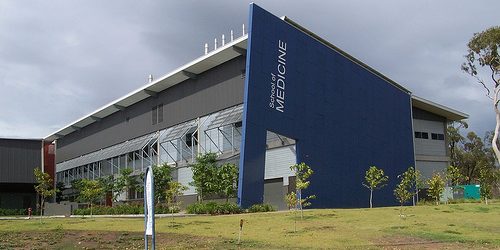 Today’s announcement is a win for the Far North, with Member for Leichhardt Warren Entsch saying it “further underlines the Coalition’s determination to support the development of Northern Australia”.

“I’m very excited about this news,” Mr Entsch said today.  “In the 2010 campaign, Sen. Ian Macdonald and I committed $52 million to Stage 1 of this project, and it was on my ‘wish list’ again in 2013.  Given that the LNP State Government has now provided $42 million, which is enabling construction to start next month, this means JCU can plan for the future stages.”

The Coalition has strongly identified tropical health and medical research as an enormous opportunity for Northern Australia, underpinned by the impressive work to date by institutions like JCU.

“The need to increase readiness to combat biosecurity risks was highlighted in April when the first cases of PNG mosquito-borne chikungunya disease were diagnosed in Cairns,” Mr Entsch said.

“The AITHM will start a new chapter in the fight against tropical diseases and is one of the four critical pillars for the establishment of the Tropical Campus for the Australian Institute of Sport in Cairns.”

Around the globe, the tropical region – which includes Northern Australia – accounts for more than 40 per cent of the world’s population. This figure is projected to grow to 50 per cent by 2050.

In June, Tony Abbott and Andrew Robb launched The Coalition’s 2030 Vision for Developing Northern Australia, an effective ‘green paper’, after three years of active consultation across the north. This will inform the development and release of a strategic white paper within the first 12 months of a Coalition Government.

The Coalition’s $42 million investment matches the funding commitment made by the Queensland LNP Government last year. The $42 million commitment includes:

·         $10 million to fund a Translational Research Centre at JCU Townsville;

This funding will further support the wonderful work being carried out by JCU, under the leadership of Vice-Chancellor Sandra Harding, and further enhance AITHM’s reputation as a world-leading centre of excellence.

It will help support research and training in virology, disease and vector control as well as the development of new treatments and vaccines for tropical diseases. The funds will also go towards supporting clinical trials, tele-health and translational research and training to aid international infectious and chronic disease efforts.

In addition this investment will support research and strategies to enhance workplace safety in key regional industries.

This funding commitment demonstrates the importance the Coalition places in developing the core strengths of Northern Australia, which includes James Cook University and in particular the Australian Institute of Tropical Health and Medicine.