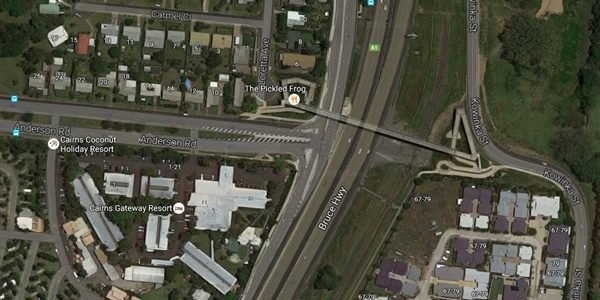 Cairns residents have the opportunity to name a pedestrian overpass on the Bruce Highway at White Rock as part of Anzac centenary celebrations.

Federal Member for Leichhardt Warren Entsch called for members of the public to nominate potential names that were meaningful to the area and recognised the efforts of a significant community figure.

“We want to make sure the proud legacy of our Anzacs is preserved for future generations and this naming competition is one way the community can make sure that happens,” Mr Entsch said.

“The pedestrian and cyclist overpass at White Rock in Cairns was built as part of the Australian Government-funded $150 million southern approach to Cairns project.”

Treasurer and Member for Mulgrave Curtis Pitt said there were 57,700 Queenslanders including 1,200 Aboriginal and Torres Strait Islander men and women who volunteered for the Australian Imperial Force during the First World War.

“Given that we are commemorating the Centenary of Anzac 2014-2018, it's fitting to search for a name that acknowledges the Australian and New Zealand Army Corp's involvement in the First World War (1914 to 1918),” Mr Pitt said.

“Nominations for the overpass could include names of servicemen and servicewomen, doctors, nurses, volunteers, Indigenous figures, or events and traditions significant to the area.

“This is a practical way to make sure the proud legacy of our Anzacs is preserved in modern our society and for future generations.

“Following a review of public submissions, a name will be recommended by a decision-making panel which includes community representatives.

“Submissions are now open and will be accepted until Friday 28 October 2016.”

Nominations can be submitted by calling 4045 7038, by emailing cairns.office@tmr.qld.gov.au, or in person at the Transport and Main Roads Cairns office at Floor 4, Cairns Corporate Tower, 15 Lake Street.