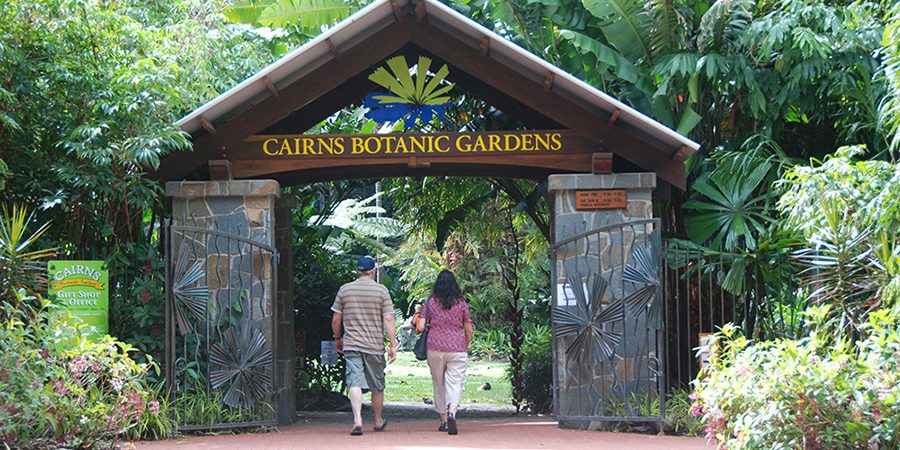 The $250,000 would go towards council’s Smart Urban Irrigation Project.

“Our cities and suburbs need to be smarter in order for our communities to be simpler, safer and more sanitary,” Mr Entsch said.

“Far North Queenslanders know all-to-well how precious water is, especially at a time when our soil is a bit drier than we would like.

“This project is all about saving water and making irrigation more efficient through implementing sensor technology that will respond to irrigation needs in real time.

“Essentially, this project will decrease unnecessary water consumption in the region.”

Mr Entsch said the data collected would be very specific, allowing council to ascertain how much water each square metre of the irrigation system requires.

“It is imperative that all governments continue to work together to undertake the smarter planning that will lead to the development of smarter and environmentally cities.”

“Sensors will detect the level of moisture in the soil and will relay the data to a wireless network to avoid over-watering.

“This will allow us to optimise our irrigation in public areas to save water while still maintaining the high standards that are expected by both residents and visitors.”

Federal Cities, Urban Infrastructure and Population Minister Alan Tudge said many of the projects will collect valuable, sensor based data that, once analysed, could mean sharing the projects nationally, and internationally.

“This program helps local governments who are pushing the boundaries with new ideas to address livability issues that are facing local communities everywhere,” Mr Tudge said.

“The program encourages collaboration between local governments, industry, research organisations, tech start-ups and manufacturers in cities and towns across Australia.

“These partnerships in turn support the growth of emerging industries and help build smart city capability at the local level.

“We look forward to monitoring and supporting the development of Cairns Regional Council’s Smart Urban Irrigation Project in the coming months.”