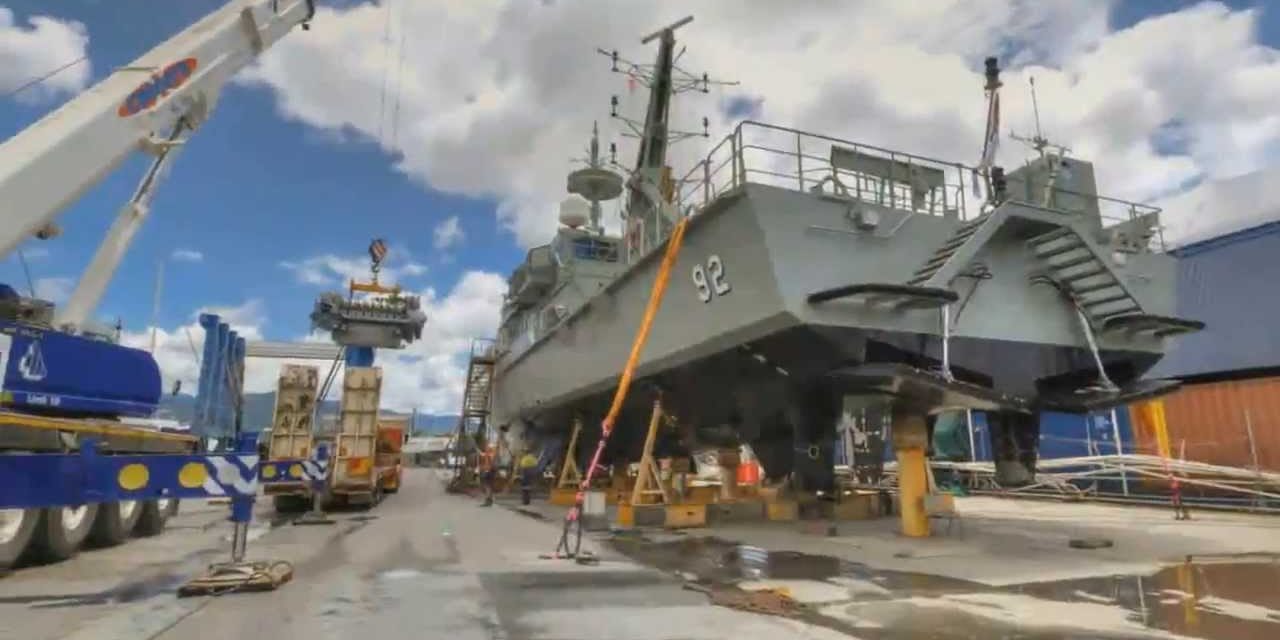 The designation is even more important in light of the federal government’s policy emphasis on the south-west Pacific and the establishment of a joint Australia/PNG naval base on Manus Island.

Federal Leichhardt MP Warren Entsch said the Cairns Port has been designated as a critical infrastructure asset under the Security of Critical Infrastructure Act 2018.

He said it was worth noting the Department of Home Affairs does not use the term ‘strategic port’ to define or designate ports under federal legislation.

“Cairns Port has been designated as being a critical infrastructure asset on the basis it is relevant for defence purposes, “Mr Entsch said.

“This means Cairns Port is the only east coast naval base and maritime precinct capable of sustaining and maintaining maritime operations north of Sydney.

“This designation includes areas of water, between the land of the port and the open waters outside the port, intended for use by ships to gain access to loading, unloading or other land‑based facilities.

“The Cairns Port supports some of our biggest industries including tourism, defence and commercial transport so to make it a critical infrastructure asset was a no-brainer really.

“This is about listening, acting and delivering for our community.

Mr Entsch said the Cairns Port had also been designated a security regulated port under the Maritime Transport and Offshore Facilities Security Act 2003.

“A security regulated port is defined as one that is intended for use either wholly or partly in connection with the movement, loading, unloading, maintenance or provisioning of security regulated ships under s13 of the act,” he said.

“A security regulated ship is defined as being a passenger ship that is used for overseas voyages or a cargo ship of 500 gross tonnage or more.”

Mr Entsch said it was interesting to learn the Cairns Port had been designated as a ‘strategic port’ under Queensland Government legislation* for more than two years.

He said the Queensland Government classified Cairns Port as a ‘strategic port’ – a term they solely used – because it was an essential component of the national and state transport network, supply chain and the national defence system.

“The Cairns Port has been ‘strategic port’ under Queensland Government legislation since April 2016,” he said.

“Certain sections of the community have tried to muddy the waters in relation to the Cairns Port for political gain.

“The deliberate peddling of misleading information has caused untold damage to our local economy and reputation.”

Mr Entsch said those who had used Cairns Port for their own political gain had failed to mention, or conveniently overlooked, one critical aspect of Queensland Government legislation governing the state’s ports.

“These people always carry on about whether the Cairns Port is a ‘strategic’, ‘boutique’ or ‘priority’ port,” he said.

“There is a stark difference under Queensland legislation between a ‘strategic port’ and ‘priority port.’

“Furthermore, there is no such thing under Queensland legislation as a ‘boutique port.’ It simply does not exist.

“The legislation clearly states the four state-declared ‘priority ports’ (Gladstone, Abbot Point, Townsville and Hay Point/Mackay) must optimise the use of existing infrastructure.

“Given the current ‘strategic’ designation of the Cairns Port, there is absolutely nothing from a federal or state perspective standing in the way of the Cairns Port being developed and we need to take full advantage of that.”