Cairns Airport a massive asset to the Far North 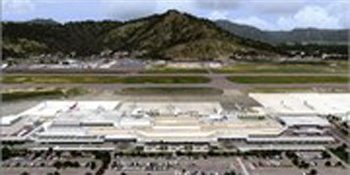 FEDERAL Member for Leichhardt Warren Entsch has spoken in Parliament to commend Cairns Airport for “punching well above its weight” and breaking records in passenger numbers.

“This is the largest number yet achieved through this wonderful facility.

“To put that into perspective, this is the equivalent of every man, woman and child in Sydney coming to visit our fair city of 150,000 people in one year.”

Mr Entsch said it was pleasing to see growth being driven through the domestic terminal, showing that Australian visitors were returning after a tough few years.

While international numbers were slightly down, mainly due to the chopping and changing of some international services, he said the pointers were for continued healthy growth during 2015 as a result of more convenient international connections and a more competitive Australian dollar.

Mr Entsch cited the direct flights already available to places like Hong Kong, Shanghai, Guangzhou, Tokyo, Osaka and Guam, as well as the new direct services that are about to start to Bali at the end of March, and Singapore at the end of May.

“The new flights will equate to up to 20,000 extra passengers and an economic injection of $14 million annually. There is no doubt that this will open up a whole new world for local businesses.”

Recognising the importance of the facility, Mr Entsch said the airport was “an integral part of the community and a vital supporter of our tourism industry”.

Mr Entsch also congratulated Cairns Airport for its recent successes, including the $200m renovation, the success of marketing initiatives such as '101 things to do in Cairns & Great Barrier Reef', and the recognition for the airport and its staff at industry awards events.

“Well done, Kate; your leadership and determination has certainly, well and truly, been noticed.”

Mr Entsch ended by inviting his colleagues, their families and their constituents to visit the Far North at any time.

“Our airport has certainly proved it is well able to cope with the ever-increasing interest in Far North Queensland.”