Australia triumphant as Unesco rejects ‘in danger’ listing for Reef 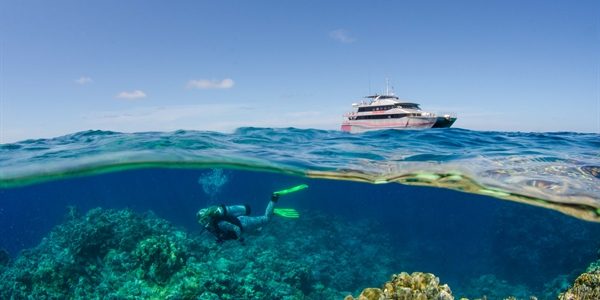 LEICHHARDT MP Warren Entsch has joined Environment Minister Greg Hunt in welcoming the final and unanimous decision of the UNESCO World Heritage Committee to not place the Great Barrier Reef on its world heritage in-danger list.

In fact, all references to ‘in-danger’ have been completely removed.

The final decision upholds the earlier draft decision, and rightly reflects the tremendous effort of the Federal Government to carefully protect this iconic national and international asset through the development of the recently released Reef 2050 Plan.

“From banning all capital dredge disposal in the entire World Heritage Area, to increasing monitoring efforts, restricting port development and ensuring the quality of the water entering the Reef is improving, the Australian and Queensland Governments are wholly committed to ensuring the future protection of the Reef,” Minister for the Environment, Greg Hunt, said.

This is backed by substantial financial resources with over $2 billion dollars projected to be invested in managing and protecting the reef over the coming decade.

Mr Entsch said he was pleased that the committee adopted Australia’s proposal to return to a five-yearly state of conservation reporting cycle, which is tied to the independent and scientifically robust 2019 Outlook Report undertaken by the Great Barrier Reef Marine Park Authority.

“These actions are a clear message from UNESCO that the measures we are taking in conjunction with the Queensland Government are working, are achievable and are sustainable,” Mr Entsch said.

“I’m relieved that the World Heritage Committee has not fallen for the blatant and irresponsible fearmongering caused by the environmental groups, whose sole focus was to stop coal mining in Queensland – nothing to do with conserving the Reef.

“Greenpeace should apologise for their ridiculous and wasteful advertising campaign and I think people who donated believing they were legitimately helping the Reef should demand more accountability.”

The Australian Government will provide the Committee with an update on progress of the implementation of the Reef 2050 Plan in 2017, with the Great Barrier Reef Marine Park Authority today receiving news of an additional $8 million for enhanced reef monitoring.