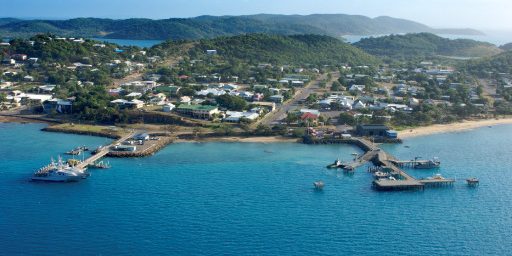 The Morrison Government will acquire an Australian made 12.5 metre regional support craft to boost border protection in Far North Queensland.

“The craft will be operated by Army’s 51st Far North Queensland Regiment, enabling them to perform tasks including search and rescue, recovery and casualty evacuation operations,” Minister Reynolds said.

“It will also support community engagement in the Torres Straits and allow reconnaissance and surveillance in the north and north-east of Australia.

“Defence has a long-standing presence in the Torres Strait and this new capability will ensure our waters continue to remain safe.”

“The Morrison Government is committed to creating opportunities for local industry and workers in regional Australia,” Minister Price said.

“The craft and wharf upgrades are a great opportunity for local industry to support Defence operations in far north Queensland.”

Federal Leichhardt MP Warren Entsch welcomed the announcement and said he had been advocating for a permanent vessel in the Torres Strait.

The support arrangement with Rebel Marine for waterfront services is still under development and is expected to be in place by October 2020 when the craft is scheduled to be delivered to Defence.