ADF members to get greater support 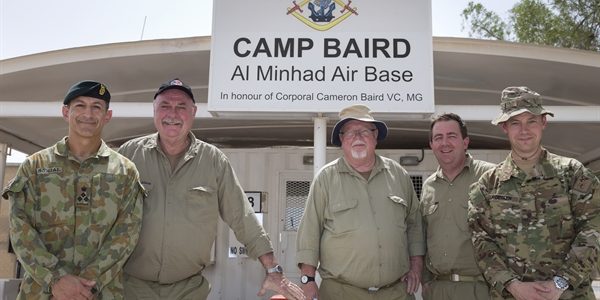 AUSTRALIAN Defence Force members from the Far North will be among those who benefit from new reforms to military superannuation, which will improve conditions of service for serving members and those who leave the ADF.

Parliament this week debated the Australian Defence Force Superannuation Bill 2015, which will introduce a new military superannuation scheme for all ADF members, known as ADF Super.

Accompanying legislation was also introduced to establish ADF Cover-a new scheme that will continue to provide members of the ADF with death and invalidity cover.

Speaking in support of the Bill, Leichhardt MP Warren Entsch said it was important to acknowledge the unique nature of military service through changes such as those being made to superannuation.

He cited the “amazing work” that is being done by our defence forces, which he had seen first-hand during his recent visit to the Middle East with the ADF Parliamentary Program.

“I travelled with Senator O'Sullivan and Senator McGrath to the Middle East, where we spent some time with our troops. We worked with them very closely in the work that they do in carrying out the commitments that have been made in this place [referring to Parliament].

“It is very hard work over there. All the time we were there, there were absolutely no complaints about personal circumstances. Everybody wanted to be there.”

“The legislation that we are talking about today is a very small acknowledgement of the commitment that these men and women make when they sign up to the Defence Force,” he said.

ADF Super fixes one of the longest running grievances of the veteran and ex-service community-namely, the lack of flexibility and portability of members' superannuation benefits.

For the first time, ADF members will be able to join a superannuation fund of their own choice.

In recognition of the unique nature of military service, ADF service members will receive a generous employer contribution rate of 16.4 per cent, regardless of the superannuation fund that they choose.

The government has worked with stakeholders such as the RSL, the Defence Force Welfare Association and the Australian Defence Association in developing these policies.

“It is great to have a piece of legislation here that is embraced so comprehensively by all sides of the chamber,” Mr Entsch said.

“The Australian government is certainly very committed to supporting Australian Defence Force members throughout their service and into their retirement.”