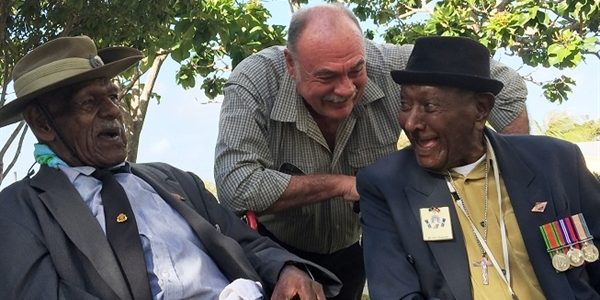 **Read the current edition of my eNewsletter**

Thanks for taking the time to read my Spring 2015 Newsletter. There’s always so much going on that doesn’t necessarily get covered in the media, so this newsletter is the best way for me to communicate with you, my constituents.

I’m pleased to report that the Northern Australia Insurance Taskforce is proceeding well.  The interim report, released in August, outlined more than 30 consumer and business groups who have been consulted, and the Taskforce is now exploring the options of a ‘mutual’-style cyclone insurer or a cyclone reinsurance pool, among other approaches.

They’re on track for the final report to be released in late November.
Meanwhile, the Northern Australia Committee’s inquiry into aquaculture is underway. We’ve held hearings in Perth, Darwin and several Queensland locations, and inspected crocodile, barramundi and prawn farms. There is a huge opportunity for the expansion of aquaculture, especially in Northern Australia, which could capitalise on the global and Australian demand for prawns, fish, shellfish and other aquaculture species. New technologies and improved farm designs are already reducing the risk of pollution to coastal catchments, and this will help to develop an industry that’ll contribute significantly to regional economies across Northern Australia.

I’ve recently co-hosted the Asia-Pacific Forum of the Global TB Caucus in Sydney, bringing together parliamentarians from 10 countries with an interest in tuberculosis and contributing to the global eradication of the disease.  At the close of the forum, we signed a Charter establishing the Asia Pacific Caucus – committing to work collectively and individually to drive progress against TB, and I have accepted the role of Co-Chair.

In Canberra, I organised a number of meetings between Ministers, Advance Cairns and the Chamber of Commerce to support a bid by a local consortium to build the new Pacific Patrol Boats for the Department of Defence. There’s no doubt that we have the expertise and the facilities and are the only Queensland – and Northern Australian – proponents.

The Regulator of Medicinal Cannabis Bill 2015 has come through a Senate Inquiry with some very positive recommendations.  Once a few drafting issues are dealt with, I’m told that it could come up for debate and a vote in the Senate by the end of the year.

Of course, marriage equality has been regularly in the headlines. I recognise that this is an issue where people have very strong, differing views, so it’s vital that we maintain a respectful dialogue.  Whatever your view, please don’t think that other issues in the electorate are being neglected – I’m more than capable of multi-tasking!

Lastly, in September I was honoured to be awarded the inaugural Australian Political Studies Association Back Bench Politician of the Year. I couldn’t attend the official presentation but the assessment panel commented that I had a reputation for being “extremely responsive to the interests of his constituents and a conviction politician”.  I take on a number of issues which may not be broadly popular, but which I feel are the right thing to do, so it’s rewarding to have this recognised by the APSA.

Thanks again for taking the time to catch up on what’s been happening in Leichhardt, and if there’s any federal issues that I can help you with, please contact my office or call into our new premises at 200 Mulgrave Rd.