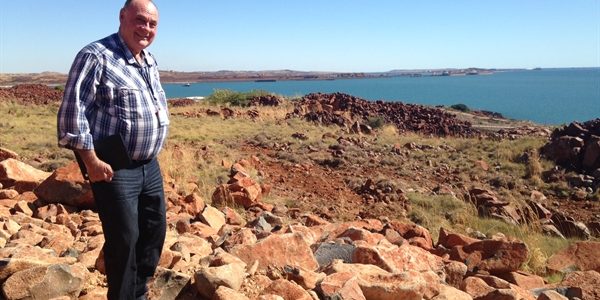 NOW that the vision for developing the north has been cemented in the Government’s White Paper on Northern Australia, it’s time for every stakeholder to roll up their sleeves and help make it happen, says Leichhardt MP Warren Entsch.

Mr Entsch has today welcomed the release of the White Paper, a roadmap to 2035 which sets out an ambitious growth and reform agenda for the north and is the first of its kind.

“At the start of this journey I cautioned that there was a lot of expectation, and an element of scepticism, about possible outcomes – given the number of historical reports on Northern Australia that are gathering dust on the shelves,” Mr Entsch said.

“Today, we’ve released a very solid policy, and am I excited? Absolutely.
“What we’ve got here is unprecedented in that the blueprint for the North is now locked into policy for current and future Australian Governments, who will need to take this into consideration when making decisions that impact on the region.

“It’s also critical to remember that this is the beginning of a 20-year plan – it’s not a one-off investment, there will be much more to come.

“It’s now up to us to be innovative and capture the opportunities that are going to be presented, and to make sure that the investment that is made is in itself leveraged for further investment and further development into the future.”

Mr Entsch cited in particular the White Paper’s commitment and funding for the sealing of the Hann Highway out of the $600m pledge for roads, which is on top of the $210m for the Cape York Infrastructure Package and the $100m committed recently for the commencement of the upgrade of the Beef Roads.

He also said he was very pleased with the $200m towards northern water infrastructure, including up to $5 million each for detailed examinations of the economic feasibility of Nullinga Dam and Ord Stage 3.

In addition, Mr Entsch commended the focus on rail links from the Northern Territory to Queensland through Mount Isa, and the $75 million pledged for a new CRC for Developing Northern Australia to assist businesses, governments and researchers to work together to find ‘northern solutions to northern problems’.

He also endorsed the huge opportunities for tourism that are identified – from reforms to visitor visa processing and more flexible Chinese visitor visas, to the expansion of the Working Holiday Maker Visa Programme and the focus on new northern tourism and hospitality offerings.

“It’s also significant that we’re looking to sort out land tenure and title issues, to simplify these arrangements and attract more investment in the north for indigenous and non-indigenous investors, and provide big projects with the security they need to move forward,” he said.

“Let’s not also forget that there’s more to come on defence – in particular, we should be looking locally for the construction of new patrol boats. We also need to grab hold of opportunities that will help to position Cairns as the fourth tropical sports conditioning city in the world, creating a brand new industry in our region.”

At today’s launch of the White Paper, Mr Entsch said it has taken a “massive amount of effort from a large number of people” to get to this point.

“Now we as a community have to run with the opportunities that have been identified and build on the very positive developments that have happened in our region in recent times.

“I’m very much looking forward to the breakfast tomorrow where we’ll be able to share this vision with a broad range of community, industry and government representatives – now it’s time to roll up our sleeves as we’ve got no excuse for not making things happen.”