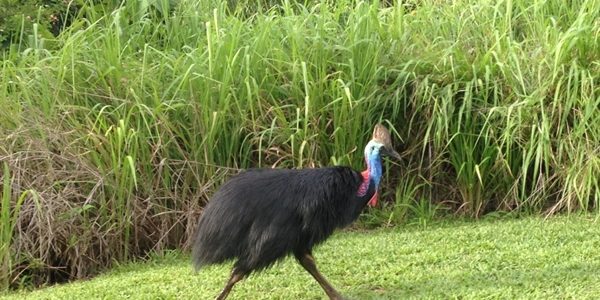 Today on World Environment Day, the Coalition is delighted to announce that a re-elected Turnbull Government will commit $150,000 to local efforts to protect the endangered Southern Cassowary.

The funding will allow the Cassowary Recovery Team to work with Indigenous communities on feral pig control and fire management in Cape York with the aim of improving habitat for the northern population of this iconic species.

This community project will be among the first to be supported by the $5 million Threatened Species Recovery Fund, announced today by Minister for the Environment, Greg Hunt.

“The Fund will provide seed money and community grants for local projects that strongly align with the targets of Australia’s Threatened Species Strategy,” Minister Hunt said.

“Across Australian local communities, environment groups and ‘friends of’ groups are working tirelessly to protect our vulnerable species. We want to support their efforts.”

“The Threatened Species Recovery Fund will help galvanise community action on the ground, where it is needed most,” Mr Entsch said.

The Strategy contains ambitious but achievable targets to turn around the trajectory of 20 priority birds, 20 priority mammals and 30 priority plants by 2020.

Since the appointment of the Threatened Species Commissioner in June 2014, the Australian Government has mobilised more than $208 million for projects that directly support and protect our threatened species.