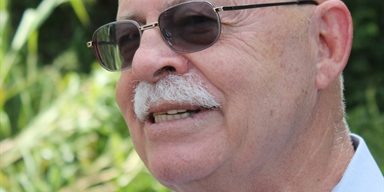 LEICHHARDT MP Warren Entsch has spoken of his “profound sadness” at learning of the passing last night of his good friend, tourism identity and business leader Charles Woodward.

“It’s an absolute tragedy for our community,” Mr Entsch said today. “Charlie had been battling this disease for a long time but we all hoped that if anyone could beat cancer, it would be Charlie.

“The community was so behind him, his passing is a huge loss.”

Mr Entsch paid tribute to Charlie’s lively character and generosity of spirit, adding that he was a visionary who helped shape the Far North’s tourism industry into what it is today.

“He was a leader in tourism, making things happen rather than waiting for them to happen. He explored new markets and captured opportunities when others didn’t even realise there were opportunities to be had.

“I’ve known Charlie since the days of the ‘Orange Blossom Balls’ at Kuranda. He turned a disused orange grove into a world class tourism facility with Rainforestation.

“Then he established Pamagirri, engaging and supporting Indigenous cultural heritage a long time before others appreciated the value of it. They now have two generations of performers at Pamagirri, reflecting the longevity of people’s employment with the company and showing the high regard that Charlie was held in, with his wife Pip right beside him every step of the way.

“I’m so pleased that Charlie and Pip’s children are well and truly engaged in the business, between Pip and the boys they will keep the CaPTA Group strong.”

Mr Entsch said that Charlie’s contribution to community was unprecedented, stemming from the health challenges faced by his good friend Liz Plummer which led to the formation of the Committee for Oncology Unit at Cairns Hospital (COUCH).

“COUCH was successful and we saw the establishment of the Liz Plummer Cancer Care Centre, making a huge difference in the lives of local people facing cancer.

“Next, Cairns will benefit from the COUCH Cancer Help & Wellness Centre on land donated by the Woodward Family on Reservoir Rd. This is something we’ve been working on for quite some time.

“The Centre will provide holistic support for patients and families who are going through the same challenges that Charlie has experienced himself….these are just some of the legacies he will leave.”

Mr Entsch said Charlie “played his illness close to his chest” over the last year or more.

“He didn’t want to burden his friends, but now we need to rally around Pip and the family.

“I’m really going to miss him turning up in his pith hat and his sense of humour. I absolutely loved the man so I’m feeling a sense of profound sadness today.”