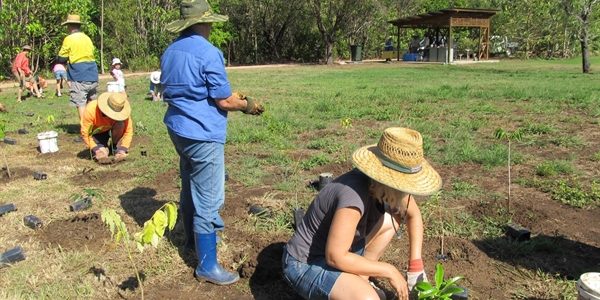 LOCAL tree planting group Treeforce has been granted $18,888 to re-vegetate three sites around Cairns with around 6,000 trees ? beautifying the area and restoring much-needed habitat for wildlife.

Funding for the project comes through the Federal Government’s 25th Anniversary Landcare Grants 2014-15 ? celebrating the 25th anniversary of Landcare as a national movement ? in which around $5 million has been approved for 291 projects across Australia.

“Treeforce has been re-vegetating areas around the Cairns region since 1991,” said Mr Entsch.

“This grant will help with regular tree planting and weed control across two-hectares along Rice’s Gully and Freshwater Creek as well as events, signage, environmental assessments and workshops.

“They aim to plant around 6,000 trees, and restore the habitat of the Spectacled Flying Fox, an urban platypus population, and an endangered regional ecosystem.”

Further information on the 25th Anniversary Landcare Grants 2014-15 can be found online at www.nrm.gov.au