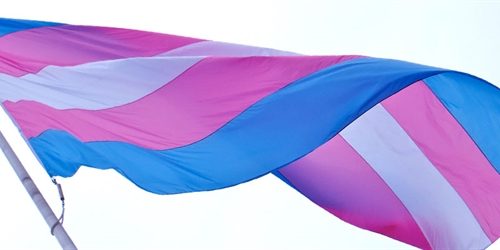 LIBERAL MP Warren Entsch has taken time in Parliament this week to recognise the 16th annual Transgender Day of Remembrance, which was commemorated around the world on 20th November.

“In more than 20 countries, people remembered those who have died as a result of anti-transgender hatred and prejudice,” Mr Entsch said.

“In Sydney people gathered at an event organised by the Gender Centre, while in Brisbane the Story Bridge was lit up in the trans flag colours of pink, blue and white. Candlelight vigils were held in major cities, including Perth and Brisbane.”

Officially, in the past year 81 transgender people have been murdered, most of these in America and Brazil-and the majority were transgender women.

“In Australia we may not have such a high incidence of violence, but it certainly does happen,” Mr Entsch stated. “It’s also timely to take a moment and think of those who have taken their lives as a result of not being able to come to terms with their gender identity.

“The Transgender Day of Remembrance is all about uniting in support, reaffirming what we are doing to reduce discrimination and reminding ourselves about what still needs to be done.”

Mr Entsch said that as co-chair of the Parliamentary Friendship Group for LGBTIQ Australians, he was pleased that reducing inequality under the law was one of the group’s key focuses.

Spearheaded by co-chair Senator Janet Rice and with the support of Mr Entsch, Graham Perrett MP and Independent MP Cathy McGowan, a proposal is being drafted that could enable transgender youth to gain access to Stage 2 hormones without necessarily having to go through an expensive and time-consuming Family Court application.

Mr Entsch made special mention of 12-year-old Isabelle Langley and her parents Naomi and Andrew, congratulating them for being so public in their journey and about the challenges the family has faced.

“This is very important to these young people, and we certainly look forward to getting a successful outcome early in the New Year,” Mr Entsch said. “A big thank you to Senator Rice for the fabulous work she and her office are doing.”

“This organisation does valuable work in promoting inclusiveness and acceptance in schools for young LGBTI students,” Mr Entsch said.

“However, their work is being undermined by the Australian Christian Lobby, which is flooding MPs with emails that are untrue, misleading and very damaging.

“The ACL must stop these activities, as our schools must be encouraged to provide safe and supportive environments for LGBTI students.”