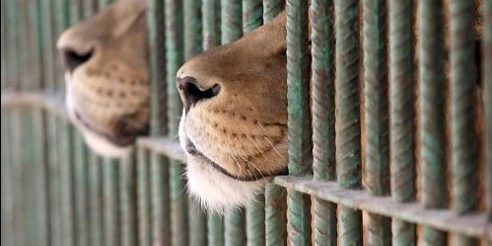 THE FEDERAL Member for Leichhardt, Warren Entsch, has thrown his support behind a new move to restrict the import of lion products to Australia.

Mr Entsch, who recently attended a briefing on ‘canned hunting’ while in Canberra for Parliamentary sittings, said he was disturbed to learn about the extent of the practise in Africa.

“I generally support the hunting of wild animals, but not canned trophy hunting ? it is a brutal practice involving raising the animal in captivity and then, when it becomes large enough, releasing it into the wild to be hunted down,” said Mr Entsch.

The proposals for new Lion Import Restrictions follow research by The Australian Institute that looked into the economic impact of an Australian restriction on the import of African lion trophies.

The research found that introducing the restrictions would successfully dissuade Australian tourists from participating in ‘canned’ lion trophy hunting, while having a minimal economic impact on the African countries involved.

“Trophy hunting is only a tiny part of the African economy, and any impacts on hunting operators because of these regulations will be offset by the hunting of another species such as buffalo or other plains game,” Mr Entsch explained.

“The regulations will also help prevent animal welfare issues that are often associated with tourists on canned lion hunts.”

They found a reduced offtake scenario ? which would result from the new Lion Import Restrictions ? would not impact the financial viability of overall trophy hunting operations in Mozambique, Namibia and Zambia.

The researchers’ modelling found that even a total ban on canned hunting would have a minimal effect on the viability of the industry.