State of the Children report welcomed 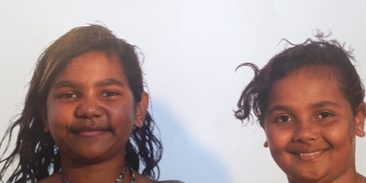 LEICHHARDT MP Warren Entsch has congratulated the team behind the State of the Children report released today, describing it as an “outstanding” piece of statistical social work.

“This will be an incredibly valuable tool as governments and community agencies look to address some of these areas of disadvantage in our communities,” Mr Entsch said after attending the launch this morning. “It allows us to make decisions based on facts rather than assumptions and drills down to identify patterns and anomalies from suburb to suburb.

“What’s great is that it is actual information provided by a broad range of agencies, including interventional agencies, and means we’ll be able to tailor-make the interventional support necessary to deal with any of the challenges present and invest in areas where we can actually measure outcomes.”

Mr Entsch said that with the report based on 2011 Census data, he would be interested to see what progress has been made when the report is updated using 2016 Census data.

“It’s also useful to see the comparison rates between indigenous and non-indigenous residents when specific categories are broken down,” he commented. “I’d like to suggest a third category for new migrants, so we can see where members of other cultural groups might be slipping between the cracks and not receiving the support they need.”