Speaking up for local journos 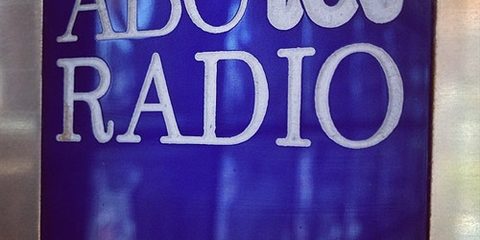 LEICHHARDT MP Warren Entsch says he’ll await further information about changes to ABC regional programming but hopes that the decision will not result in major cuts to local content in the Far North.

“I was very disappointed when I heard that the ABC was cutting the Morning show and re-jigging local news bulletins because local content is what makes the ABC,” Mr Entsch said.

“Fortunately, after talking to the ABC Far North bureau, it seems that the bulk of local content will remain protected, and while there’ll be no job losses there will need to be a reassignment of roles and shifts.”

The new schedule will see the 5am-6am show produced out of the Gold Coast, but the 6.15-6.30am Rural Report remains ex Cairns as does the 6.35-10am Breakfast show.  There will also be a Local Life program produced out of Cairns between 10-11am.

There are no changes to the Drive show from 4.00-6.00pm, which is produced out of Cairns.

“Unfortunately, local headlines will replace the more comprehensive 8.30am and 5.30pm bulletins.  Although they’re both locally produced, the bulletins give local people more opportunities to be interviewed and have their voices heard on a whole range of issues.

“Regional programming really is the strength of the ABC brand so I’m concerned about anything that detracts from that and results in less local content,” Mr Entsch said.  “ABC head office says this is being done in response to what audiences want, and I hope that’s truly the case.”

Mr Entsch said he would like to see ABC staff made fully aware of all the upcoming changes to reduce uncertainty before they come into effect on January 16, 2016.

“Nationally, with over $1 billion invested a year in the ABC, it’s not unreasonable to expect that they give priority to areas where people don’t have the range of options that they do in metropolitan areas. That’s part of the ABC charter.

“I’ll be keeping a close eye on the situation.”