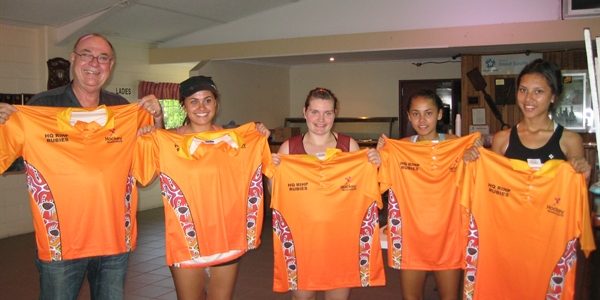 FEDERAL Member for Leichhardt Warren Entsch has hailed the North Queensland Rubies hockey team an inspirational force after they made the semi-finals of their first international tournament.
The team returned to Cairns this morning after a successful showing at the Singapore Sixes, where they competed with 15 other sides from around the world.
Mr Entsch said the Rubies, the first indigenous hockey team to compete overseas, did the region proud.
“They did remarkably well, as I knew they would,” he said.
“They prove that North Queensland is a minefield for sporting talent. It’s wonderful that they have had the opportunity to compete on a world stage.
“People need to realise how great an achievement this is for the Rubies and the region. This was an invitation-only tournament and they played against former Australian representatives, leading European clubs and the Malaysian national team.
“To come runner-up in such a hotly contested tournament ? their first as a team ? is fantastic.”
Mr Entsch paid tribute to hockey officials, including Cairns Hockey, for encouraging an initiative that gives indigenous players an opportunity to compete at an advanced level.
He said their success highlighted the need for quality sporting facilities in Far North Queensland and supported the bid to establish a tropical campus of the Australian Institute of Sport in the region.
“The campaign to get better sporting infrastructure is not only about attracting world-class or national teams to the city, it’s also about giving our athletes the facilities to help them thrive,” he said.