Roads and rail top of the agenda 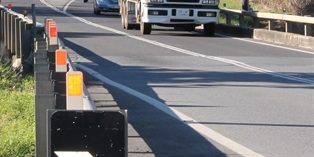 INFRASTRUCTURE funding has been a hot topic in Parliament this week, with Leichhardt MP Warren Entsch taking two opportunities to highlight the Coalition’s commitments to ‘Fixing the Bruce’ and the Peninsula Development Road.

On Monday, Mr Entsch spoke on a Private Member’s Motion put up by the Member for Herbert, Ewen Jones, which reinforced how the Government is already delivering on its commitment to upgrade important sections of the Bruce Highway.

Yesterday, the Leichhardt MP addressed the Land Transport Infrastructure Amendment Bill 2014, which lays out a detailed map of the government’s priorities through a $35.5 billion Infrastructure Investment Program.

The Land Transport Infrastructure Amendment Bill 2014 will enable the Coalition government to get on with the job of delivering the biggest infrastructure agenda in Australia’s history.

“This is no mean feat, but I can tell you now we are well and truly up to the task,” Mr Entsch said.  “Over six years, we will construct the vital road and rail projects that will improve efficiency, boost productivity, and drive Australia’s economy forward.

“In Leichhardt we know how vital it is for land transport infrastructure to be in place – it enables people to travel regularly and reliably to every corner of the electorate.”

Unfortunately, he added, in the wet season on Cape York this was “rarely an option”, with roads sometimes being closed for months at a time ? a foreign concept to many metropolitan MPs.

Mr Entsch commended the Minister for Infrastructure and Regional Development, Warren Truss, for sourcing the $210 million for the Cape York Infrastructure Package late last year, which was then further supported by Cook MP David Kempton who successfully advocated for $10 million from the Queensland Government.

“I look forward to the finalisation of the consultation process with the elected representatives of Cape York, which will identify the priorities for that spend. I have no doubt that a significant portion will go towards the sealing of the PDR.”

Mr Entsch said he was extremely pleased to see that of all the major projects under the Infrastructure Investment Program, the Bruce Highway upgrade was the biggest financial commitment, at $6.7 billion.

He cited the crucial economic importance of the highway, its poor safety record, propensity for flooding and increasing congestion as key drivers to the upgrade, with almost $700 million to be spent on Cairns Southern Access and the duplication between Gordonvale to Edmonton.

The Bill also reinforces the government’s commitment to the Roads to Recovery program, extending it for five years (until 2019) with $1.75 billion of funding. “This provides local governments with highly necessary funding that can help them maintain the nation’s local road infrastructure,” he said.

“This program should continue indefinitely because it is a massive opportunity for the small remote and regional shires to receive infrastructure that they cannot otherwise afford.”

In addition, the Bill confirms a commitment of $300 million to the Black Spot Program, another Howard government initiative, addressing specific sites at very high risk of serious crashes.

“By funding measures such as traffic lights and roundabouts at dangerous locations, the program reduces the risk of crashes and certainly saves many other lives in the community,” Mr Entsch said.

“Of course, we should be building infrastructure through efficiency and removing red tape to make sure we do it quicker and more cost-effectively. Yesterday in this House we introduced legislation that will cut red tape drastically.

“As a member of this government, I look forward to continuing to work with local communities, help them develop the way they need and make sure they get the outcomes that we so richly deserve.”