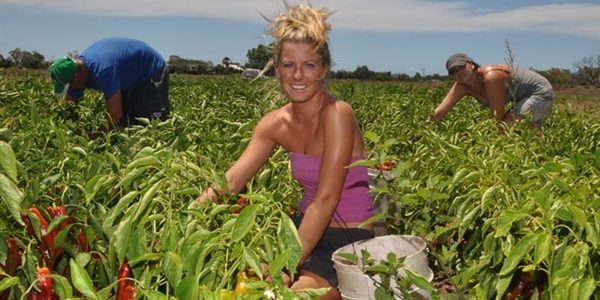 FEDERAL Member for Leichhardt Warren Entsch has responded to concerns raised with him about the ‘backpacker tax’ by proposing a compromise with his colleagues in Canberra.

Mr Entsch said that in Tuesday’s Party Room meeting, he was one of a number of MPs who expressed concerns that the tax would have a negative impact across the horticultural, dairy and tourism industries.

“When we first started talking about the ‘backpacker tax’, I had some reservations but I understood the arguments behind it and what we were trying to achieve,” he said.

“Since then, I’ve spoken to people like Joe Moro from the Mareeba District Fruit and Vegetable Growers Association, as well as individual farmers, a number of operators in the tourism industry and the Restaurant and Caterers Association.

“In their view, the tax is going to be a real disincentive to young people coming here for a working holiday and will diminish the available workforce in northern Australia.”

Mr Entsch said these concerns were echoed by his colleagues from right across Australia, leading them to propose a different scenario that would reduce the burden on backpackers while ensuring they were still contributing from a taxation perspective.

“Look at it this way – backpackers always spend everything they earn while they’re in the country, but can’t access their 9 per cent superannuation until they’re leaving the country which means they take it and spend it somewhere else.

“Why don’t we look at some way in which the 9 percent superannuation can be paid out directly to the employee as part of their salary, to significantly reduce the tax impost?

“Instead of backpackers paying tax at the rate of 32 per cent from the first dollar they earn, which is what is proposed, we could reduce that to say 27 per cent – which is more reasonable.

“The employer would then pay the employee their superannuation directly, which would essentially drop their tax rate to 18 per cent.

“This way, backpackers are still contributing from the first dollar they earn, but it brings the tax down to an acceptable level. It’s less complicated for the employer as they have to pay superannuation anyway so could just pay it direct to the employee, and the backpackers themselves would spend more of their earnings in-country.

“It’s just a proposal, but there was very strong support in the Party Room and I was heartened by the fact that the Treasurer has now agreed to review the ‘backpacker tax’ and to have further discussions.

“I look forward to hearing what comes of this.”