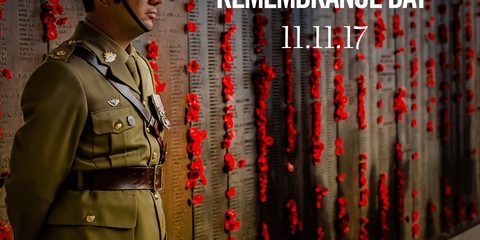 FEDERAL Member for Leichhardt Warren Entsch has encouraged Far North Queenslanders to pause at 11am tomorrow to reflect on the Australians who have made the ultimate sacrifice in defence of our nation.

Mr Entsch said the 11th of November is Remembrance Day and marks the signing of the Armistice that ended the First World War in 1918.

“It is also now a day for Australians to observe one minute’s silence in memory of those who have died or suffered in all wars and armed conflicts,” Mr Entsch said.

“More than 1.5 million Australians have served in wars, conflicts and peacekeeping missions to defend our nation and values — sadly, more than 102,000 have died.

“On Remembrance Day we stop and think about the lives cut short by war and how that has affected families, friends and communities,” Mr Entsch said.

“We also reflect on the men and women who volunteer to join our defence force and are prepared to fight and die for our country and our values.

“I will be participating in a Remembrance Day commemorative service hosted by the Canadian and British UN missions at the UN Chapel in New York,” Mr Entsch said.

“I encourage everyone in Leichhardt to observe a minute’s silence at 11am tomorrow, and wear a red poppy to honour those who have served.”