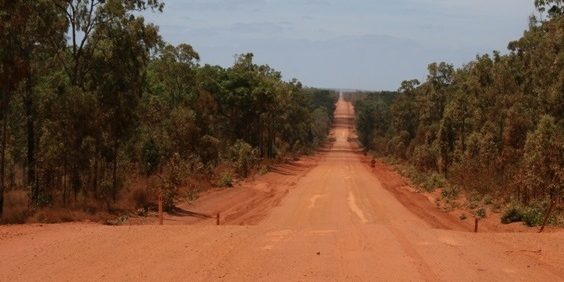 WORK will start mid next month on the Mein Deviation project to seal 29 kilometres of the Peninsula Developmental Road south of Coen in Cape York.

Deputy Prime Minister and Minister for Infrastructure and Regional Development Warren Truss and Queensland Premier Annastacia Palaszczuk announced today that Civil Mining and Construction has been awarded the tender for the project.

“This project forms part of the $135 million early works package on the Peninsula Developmental Road being funded as part of the $260.5 million Cape York Region Package and will support local communities,” Mr Truss said.

“Many of the region’s employment opportunities are tied up with mining and the large number of indigenous people in the area.

“Civil Mining and Construction were awarded the contract following demonstration of its capability to include employment and training opportunities for Indigenous businesses and individuals within the area.

“The project contract includes a range of incentives developed between state and federal agencies.

“This approach was taken to ensure contractors focused their offers on engaging with local businesses and the training of Indigenous employees.

Queensland Premier Annastacia Palaszczuk said with works set to commence next month, before the onset of the wet season, residents would soon see a safer local road network.

“This addition of 29 kilometres of continuous bitumen will make a safer and more comfortable driving experience for various road users including locals, tourists and transport operators,” Ms Palaszczuk said.

“The Queensland Government will work closely with Civil Mining and Construction to get a positive outcome for the Cape York community.

“At the same time, we have focused on value for money and a competitive and transparent tender phase with a high level of probity.”

Federal Member for Leichardt Warren Entsch said improved transport links were essential for remote communities in Far North Queensland and the project will create over 90 positions for Indigenous people as part of the deal.

“While I welcome the signing off of this contract to ensure that this work commences sooner rather than later, I’m disappointed that local contractors haven’t been given the opportunity to tender,” said Mr Entsch.

“I will continue to lobby that local businesses are given the opportunity to be the primary contractors on future works in accordance with our intent to maximise the benefits within our local communities where this work is occurring.

In 2014, 34 kilometres of the Peninsula Developmental Road was sealed with funding provided through the Australian Government’s Cape York Region Package.

The Mein Deviation project is being jointly funded by the Australian and Queensland governments.