PATHWAY TO PROSPERITY FOR THE NORTH 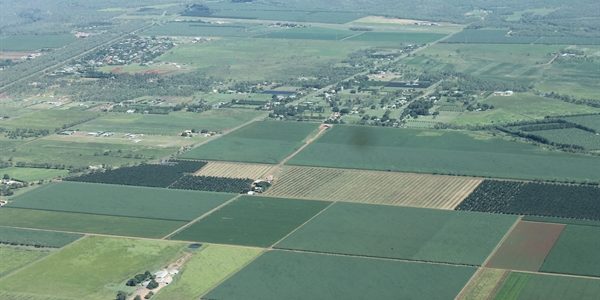 KEY milestones are being reached in the implementation of the Northern Australia White Paper, proving the Government’s commitment to nation-building in the North says Liberal MP Warren Entsch.

Mr Entsch, a long-time advocate for northern development, welcomed the update and said the roll-out was evidence that the Government’s agenda was “far from just rhetoric”.

“It was June last year that the White Paper was launched, and just 16 months later I’m impressed that 21 of the White Paper commitments have been completed and more than 50 are underway,” Mr Entsch said.

“Water security is the key to expanding food production in Northern Australia so our investment in specific water projects, and in planning for new projects, will see some absolutely game-changing development in years to come.

“I am concerned however that the Queensland Government seems to be playing politics on this issue.

“With other water projects around Australia that the Federal Government is supporting, the state and territory governments have enabled the work to get done by making progress payments.

“However Queensland is wanting to pocket the money and is insisting that the proponents do the feasibility work over what could be an 18-month period before they will make payment.

“I’ve raised my concerns with Minister Canavan because it worries me that they have another agenda.”

“I had the pleasure of meeting the newly-appointed CEO of the Northern Australia Infrastructure Facility, Ms Laurie Walker, at an event at Parliament House last night hosted by Advance Cairns.

“Laurie brings a huge amount of experience in banking and finance and will be based in Cairns but active across the North. I’m look forward to working with her and her team as they assess the many projects that want a bite of this $5 billion fund.”

Mr Entsch also welcomed the appointment of the Joint Standing Committee on Northern Australia (JSCNA) as a permanent committee of the Parliament, and said he was looking forward to the first meeting this Thursday when the chair and deputy chair will be formally elected.

“It’s important that the JSCNA do whatever we can to support the delivery of commitments in the White Paper, whether they are a two-year, five-year, ten-year, or twenty-year outcomes.

“At the end of the day, like the Minister said, as a government we are only laying the foundations for the successful development of Northern Australia.
“It’s the innovative and determined people who live and work here who will take advantage of the tools that government is providing, to invest in projects, establish or grow businesses, create families and build communities.”