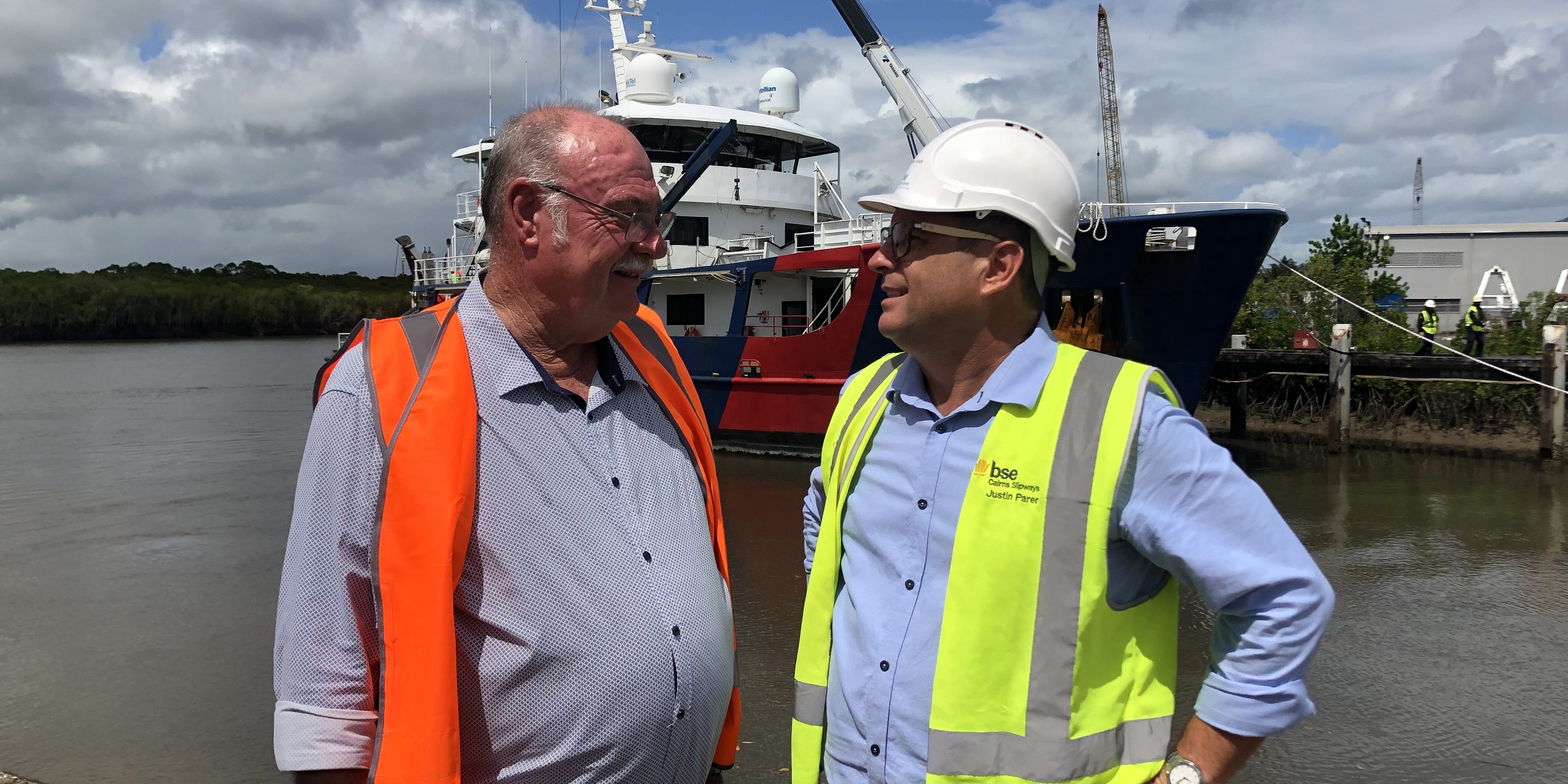 Local jobs across the Cairns commercial shipping and maritime industries will be further supported by recently completed upgrades to the Cairns Marine Precinct.

Federal Leichhardt MP Warren Entsch, who officially opened stage one of the precinct today, said the federal government’s $24 million investment had boosted economic growth in the region and supported the expansion of the marine tourist market.

“The upgrade will continue to stimulate economic activity and provide more employment opportunities in the maritime and construction industries while helping the marine tourist market to grow.”

Mr Entsch said the upgrades are critical to the fabrication, maintenance and repair of commercial and naval vessels.

“This is a strategically important upgrade to the wharves, dock areas and other infrastructure as it allows for faster turnaround for vessels, meaning more time at sea,” Mr Entsch said.

“It ensures Cairns and Far North Queensland remains a marine maintenance hub for years to come.

“Our region has a proud history of supporting the Royal Australian Navy and Border Force’s ongoing requirements and this upgrade will see that continue.”

BSE Cairns Slipway owner Justin Parer said support from Warren Entsch and the federal government to the Cairns Marine Precinct had directly kick-started a new dawn for the industry in Far North Queensland.

“Warren has fought ferociously for the Cairns marine industry and has been able to deliver real support which will create real jobs,” Mr Parer said.

“We are well and truly on the map now and are looking to make further investment in capability as we see a very bright future.

“Quite literally by building these wharfs and hardstand, the federal government has laid the foundation on which we will build the world’s best shipyard.

“BSE have directly funded the investment in the world’s largest mobile boat lifter but we would not have done that without this practical support from the federal government.

“This piece of infrastructure will end up providing jobs, support Australia’s border security and support the tourism industry and Northern Australia.

“It means we are not just getting words out of Canberra, we are getting real action.”

Stage one included replacing two finger wharves, works to the hard-standing area and constructing walls to prevent bank slippages along the creek.