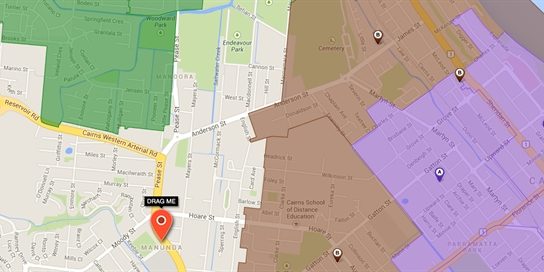 MORE than 5000 households and businesses in Cairns are a step closer to getting access to the National Broadband Network.

Build preparation work is now underway in the suburbs of Manoora, Whitfield and Edge Hill, which will enable the NBN to pass around 2800 premises.

Work will be visible in streets as pre-construction activity begins, such as the clearing of Telstra’s pits and ducts.

In addition, in the suburbs of Manunda and Cairns North, construction on the fibre-to-the-premises network is now underway, which will enable the NBN to pass around 2500 premises.

Telstra has finalised remediation of infrastructure in the area, meaning that in coming weeks, NBN Co subcontractors will be out in the streets, laying out fibre to connect premises.

Member for Leichhardt Warren Entsch MP said it was an important milestone for the area, with greater certainty for homes and businesses as they prepare for superfast broadband services.

“The message for residents in these areas is clear ? superfast broadband is on its way,” Mr Entsch said.

Since the election, the NBN’s has almost doubled the reach of its fibre network, now passing around 513,000 premises nationwide.

Total connections to the NBN’s various networks, including fixed wireless network and interim satellite service, have more than doubled since the election, with more than 229,000 premises now receiving NBN services.

Communications Minister Malcolm Turnbull said the release of new sites for build preparation and the commencement of construction was delivering on the Government’s promise to get the rollout back on track.

“When we came into Government, one of our chief priorities has been to get this rollout done sooner, cheaper for taxpayers and more affordably for consumers,” Mr Turnbull said.

The NBN will update its online maps in coming months to inform residents when the network will be ready for service.

The online maps are available at: www.nbnco.com.au/maps