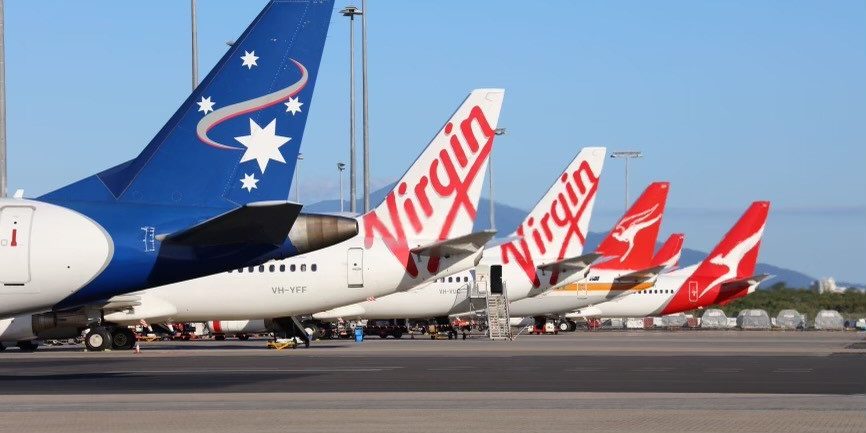 Far North Queensland is one of the hottest tourist destinations in the nation with more than 50,100 half-price airfares to Cairns already sold as part of the Morrison Government’s highly successful $1.2bn tourism and aviation recovery package.

The figure relates to bookings made between April 1 and April 18 across all three major airlines on the government subsidised routes from Sydney, Melbourne and Darwin.

The figure doesn’t include heavily discounted airfares offered by airlines to Cairns from Adelaide and Perth.

The Melbourne to Cairns and Sydney to Cairns routes are among the most popular in the nation across all three major airlines.

Federal Leichhardt MP Warren Entsch said the government’s half-price airfare incentive had been nothing less than a stunning success.

Qantas will start operating its Airbus A330 aircraft on the same routes from late June 2021.

“The half-price fare incentive has hit the mark in every possible way,” Mr Entsch said.

“The success of the half-price fare incentive will continue to deliver a tourism bonanza over the coming months on the back of one of the strongest Easter periods on record.

“It will see thousands of tourists in our hotels, restaurants and cafes, taking tours and exploring our backyard for many months to come.

“The tourism industry wanted boots on the ground and this incentive has delivered that in absolute spades.

“You only have to have a look around town to see the immediate and positive effect this incentive has had. We are starting to get our mojo back.

“But more importantly, this incentive has supported local businesses, local jobs and ensured Cairns and Far North Queensland remains one of the nation’s most popular tourist destinations.”

Tourism Tropical North Queensland chief executive officer Mark Olsen said the Australian Government through the offer of half-price airfares to Cairns has boosted the region when it needed it most.

“The first three weeks of the sale saw 50,114 tickets sold for travel before the end of September, showing Cairns was a favourite destination for Australians wanting an international experience,” Mr Olsen said.

“Cairns continues to be the most googled regional destination in Australia with aspiring travellers discovering that the world’s oldest rainforest and the Great Barrier Reef are showcased through diverse activities accessed from a sophisticated tropical city.

“TTNQ is targeting this strong desire with aggressive marketing in our key domestic markets to further stimulate bookings and drive demand for the Cairns and Great Barrier Reef region.”

Cairns Airport chief executive Richard Barker said the aviation recovery package was continuing to stimulate demand from key markets to Cairns and was an important step in the region’s recovery.

“Cairns Airport is at around 85 per cent of our true pre-COVID domestic capacity and much of that is as a result of the aviation recovery package that is encouraging people to book affordable airfares and visit the region,” Mr Barker said.

“We are seeing around 70,000 people through Cairns Airport each week and that’s incredibly important for the recovery of the airport, our airline partners and our community.”

The Morrison Government’s half-price ticket sale will continue until July 31 with a travel window until the end of September 2021.

The government incentive has seen 800,000 half-price airfares, or about 46,000 per week, available to one of 13 identified destinations across the nation, including Cairns.

More than 600,000 half-price airfares have already been snapped up in three weeks.

The Morrison Government will continue to review its half-price airfare incentive, including routes and ticket numbers.