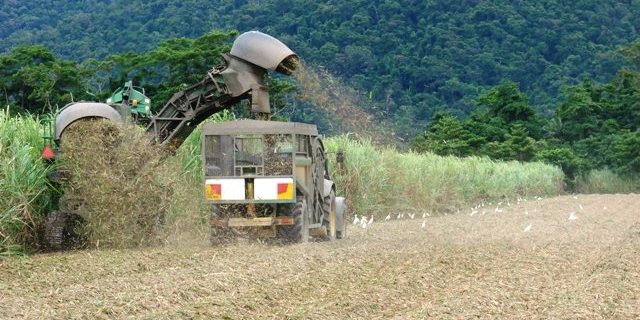 Mr Entsch said Far North Queensland sugar growers had enough to worry about without having cheap sugar dumped on the world market.

“We want farmers here in Far North Queensland to get a fair price for their sugar and that won’t happen if other countries are selling it below cost,” Mr Entsch said.

“We know the Indian industry is heavily subsidised and it’s only fair we bring in an independent umpire.

“I ran for office to make sure Far North Queensland farmers got a fair deal and I won’t watch our industry being driven into the ground.”

“About 85 per cent of the sugar grown here is exported and we want a fair world price,” Minister Littleproud said.

“This is a $1.8 billion industry and a big employer in places like Cairns, Mareeba and Mossman so I’m fighting alongside Far North Queenslansd’s sugar industry to put this right.

“The WTO will look into India’s subsidies and exports to make sure they’re playing by the rules.

“We’ve got friends out there too – Brazil wants to make sure India is playing fair.

“I want Far North Queensland to remain a world sugar leader for generations to come and I’ll stand shoulder to shoulder with the local industry until this is sorted out.

The Commonwealth Government is acting to protect Australian canegrowers and sugar millers, with the rules-based trading system that keeps world markets viable.”