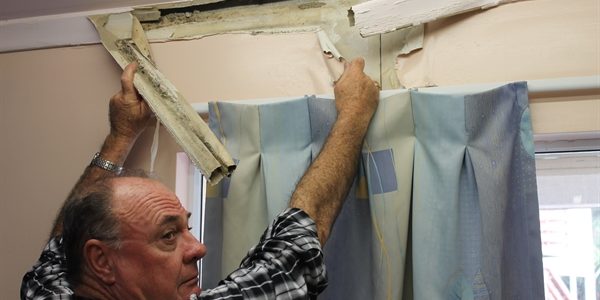 In the 2014 Aged Care Approvals Round (ACAR), officially announced today, the Star of the Sea Elders Village on Thursday Island will receive a capital grant of $19,093,000 to carry out an urgently-needed upgrade of the facility.

In addition, the Salvation Army Aged Care Plus has finally secured a funding allocation to operate 42 residential care places at the much-needed Mossman Aged Care Plus Centre.

“I’ve been advocating strongly to the Assistant Minister for Social Services, Senator Mitch Fifield, and I’m over the moon that he’s recognised the value of these two projects,” Mr Entsch said.  “It’s been an incredibly long journey but I am absolutely thrilled that we got there in the end.”

Mr Entsch first highlighted the dire state of the Star of the Sea back in 2010.

“There were holes in the fence that stray dogs could wander through, rotting walls in the administration area, the ‘recreation’ room was a tiny box next to the pan room and the staff accommodation was condemned,” Mr Entsch said.

“Since then, I’ve been working closely with Sue Boisen from Blue Care and her team, who offer a fabulous level of care despite the challenging infrastructure.

“This $19m will enable the facility to be refurbished to a very high standard that is appropriate for the elders of the Torres Strait, and it will also reduce pressure on families who are caring for elderly relatives in their homes.”

Mr Entsch said he was determined that as part of the redevelopment, the dining room and common area will be built out over the sea so that elders can sit on the open veranda, or in the comfort of air conditioning, look out “and almost touch the sea”.

“In doing so it will reconnect the elders with the sea, something that is very much missing in the current establishment.  To me, that is a critical part of this redevelopment,” he said.   “I look forward to continuing to work with Sue Boisen and her team, as well as community leaders, throughout this project.”

The Mossman District Nursing Home Society and its president, Marj Norris, have been campaigning for almost 20 years to establish a much-needed aged care facility in Mossman, partnering with the Salvation Army Aged Care Plus in 2011 to improve their chance of success.

“This is a fantastic result,” said Mrs Norris.  “Currently, older people who live in and around Mossman must travel up to 80km to get the residential aged care services they need. This places huge stress on families. The sooner we can build a residential aged care centre in Mossman the better.”

Mrs Norris said that having secured the land and the beds, the next step was to start the fundraising efforts.  “There is more to do before we have achieved our goal of having residential aged care services available in Mossman – we now need to raise the money to build the centre.”

Mr Entsch said today’s result can be clearly attributed to the outstanding submission that was put in by the Committee and the Salvation Army Aged Care Plus, together with the overwhelming level of support that has continued to be shown by the Douglas community.

“For me, this is a real achievement. I started this journey with Bob Gray, Shirley Vico and Marj Norris when I was elected in 1996. I’ll continue to work with the Committee, the Salvation Army and the community until we secure an appropriate level of funding to complete this project.”

The 50-bed facility will cost about $14m to build, and will be situated on a block of land next to Mossman Hospital that was gifted by the Douglas Shire Council a number of years ago.

The ACAR is the process that allocates funding for new Government residential aged care and home care places and for capital grants each year.  More information on the 2014 ACAR is available at: www.dss.gov.au/2014ACAR