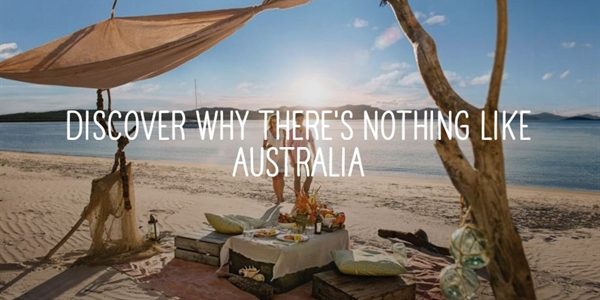 FEDERAL Member for Leichhardt Warren Entsch says Port Douglas and Vlassof Cay will be shown off to the world – featuring in the latest instalment of Tourism Australia’s There’s Nothing Like Australia marketing campaign.

“This is an invaluable opportunity for tourism operators that work around Port Douglas and on the Great Barrier Reef to get involved in the campaign and encourage more international tourists,” said Mr Entsch.

“The latest campaign highlights the spectacular beauty of Thala Beach Nature Reserve, and the breathtaking views over Vlassof Cay on the Great Barrier Reef – on of the 7 wonders of the world.

“We are one of just 15 locations around all of Australia to be showcased in this advertisement, which will be broadcast during the international cricket and tennis tournaments.”

Mr Entsch said that Australian actor Chris Hemsworth will add star quality in his role as the voice of the new advert, and as the Global Ambassador for the wider campaign.

“Hemsworth, along with the Minister for Foreign Affairs Julie Bishop were present in New York’s Bryant Park to launch the new advert and other creative materials, plus ‘virtual reality’ displays and aquatic images that were projected onto the park’s famous ice rink.”

The Minister for Tourism and International Education, Senator Richard Colbeck said that – north to south, east to west and everything in between – there is a wonderful diversity of aquatic and coastal experiences in Australia.

“This new aquatic and coastal campaign will help to attract visitors and drive spending right across the country,” he said.

“Presently, 70 per cent of our international visitors enjoy an aquatic and coastal experience during their trip so we are building on one of our great strengths and reflecting the Government’s move to more targeted international tourism marketing.”

“Industry can also access new campaign assets from Tourism Australia’s image and video galleries to use in their own marketing activities.”

To find out more about the aquatic and coastal campaign, visit www.tourism.australia.com

The new advertisement will be available to view at www.australia.com from midday on Tuesday 26 January.