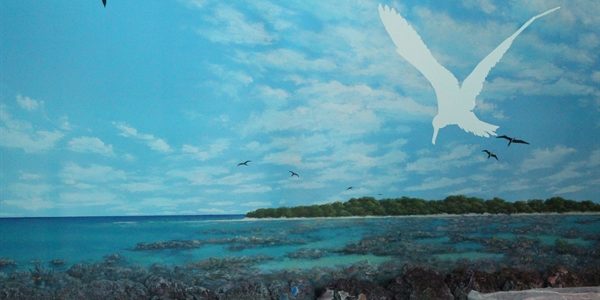 The Reef and Rainforest Research Centre is set to receive $300,000 to promote the conservation and protection of Far North Queensland’s natural environmental assets at the Cairns Aquarium.

The Turnbull Government is providing $150,000 through the Tourism Demand Driver Infrastructure program to the centre for the design, production and installation of interpretive signage. A further $150,000 will be provided by the Reef and Rainforest Research Centre for the project.

This project will complement the major infrastructure works already completed at the Aquarium, which were supported through the Federal Government’s Tourism Major Project Facilitation (TMPF) service.

Local Federal Member, the Hon Warren Entsch MP, said this project would add to the already impressive facilities at Cairns Aquarium, due to open next month.

“The aim of the interpretive signage is to provide visitors who have not been to the Reef with an opportunity to understand the biological diversity of these vitally important reef habitats,” he said.

“For every dollar earned directly by tourism, another 81 cents is generated in other parts of the economy. What’s more, 45 cents in every tourism dollar is spent in regional Australia, so tourism is vital for the Australian economy.”

“Attractions like the Cairns Aquarium will offer tourists and visitors another unique experience when they visit the region.

In the same period there were 890,000 international visitors, who stayed a total of 6.7 million visitor nights, and spent $1.1 billion in the Tropical North Queensland tourism region.

The Tourism Demand Driver Infrastructure programme will invest $43.1 million over four years, including $7.9 million in Queensland.