FNQ remains the jewel in the state’s tourism crown 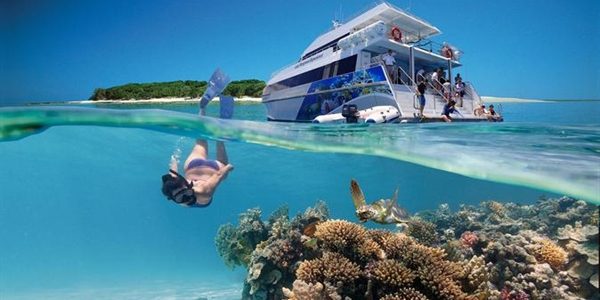 Federal Leichhardt MP Warren Entsch said more domestic and international tourists are choosing to holiday in Far North Queensland than ever before.

“Far North Queensland is home to natural wonders like the Daintree Rainforest and Great Barrier Reef, both of which are high on people’s bucket lists,” Mr Entsch said.

“The survey also revealed Aussies were looking to have fun in their own backyard with more than 1.8 million domestic tourists visiting the region last year.

“This equated to more than 9.1 million visitor nights last year – it is little wonder there are so many cranes in the Cairns skyline.”

He said that number would have been significantly higher had the Queensland Labor Government not dropped the ball last year over direct flights from mainland China.

“Far North Queensland continues to the first stop for many international visitors, especially those travelling from Asia,” he said.

“Across our beautiful country, and especially in Far North Queensland, more tourists are visiting and they are staying longer and spending more money locally.

“More tourists mean more jobs in Far North Queensland which is why the Federal Government continues to provide record funding for Tourism Australia.”