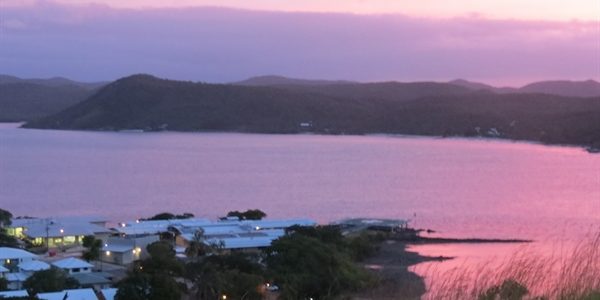 FEDERAL MP Warren Entsch has met with Federal Health Minister Greg Hunt requesting an investigation to determine what has happened to $26.5 million in Commonwealth funding given to Queensland Health.

The Leichhardt MP lobbied for the funds, and in June 2016 announced the money had been secured predominantly for a range of health initiatives in the Torres Strait.

Mr Entsch said he was disturbed on recent trips to the Torres Strait, including Thursday and Saibai Islands, to find no evidence of the funding being used to improve local medical services.

“Of the $26.5 million that I announced last year, $19 million was to be spent over four years to assist Torres Strait health services and the broader Queensland Health system provide treatment to PNG nationals who cross the border seeking medical help,” Mr Entsch said.

“There are 30,000 – 50,000 border crossings per year between PNG and Torres Strait, and there have been a series of contagious disease outbreaks, including multi-drug resistant tuberculosis. This puts communities in the Torres Strait, Cape York and Cairns at greatest risk.

“I made it very clear at the time of the announcement that some of the funding would go to Cairns but the bulk of the money should be spent in the Torres Strait,” Mr Entsch said.

“A further $4.5 million over 4 years was committed in July 2016 to extend the Saibai Island project to improve services at the Saibai Clinic and increase nursing staff to reduce rates of blood born viruses and sexually transmitted diseases.

“The additional funds were also intended to expand the Saibai Island project into other areas of need within the Torres Strait community,” Mr Entsch said.

“Additionally, $3 million in funding was allocated for the establishment of a Clinical Collaborative Group to allow Australia to obtain better data on communicable diseases from PNG.

“The purpose of the group was to facilitate cross border activities, liaise on patient numbers ex-PNG, discuss preventative procedures, and follow up on patient care,” Mr Entsch said.

“I was recently alarmed to find out the State Government has shut down the group, without any consultation with the Federal Government, making it impossible to collect data.

“Several years ago I was also successful in lobbying for $1.5 million to be appropriated out of funding for the initial Saibai project to go towards accommodation for nursing staff on Saibai,” Mr Entsch said.

“Today there is no evidence of any work being done on the construction of that accommodation or anything else to show for that money.

“Given the continual flow of PNG nationals seeking medical care in Australia, and concerns within the local community about the impact on their services and frontline healthcare workers, I have called for a Federal investigation into this matter.
“The current situation is a disgrace, and I will continue to pursue this until I get transparency and clarity on where the money has gone,” Mr Entsch said.