Extension of the National Highway Network and Kuranda Range 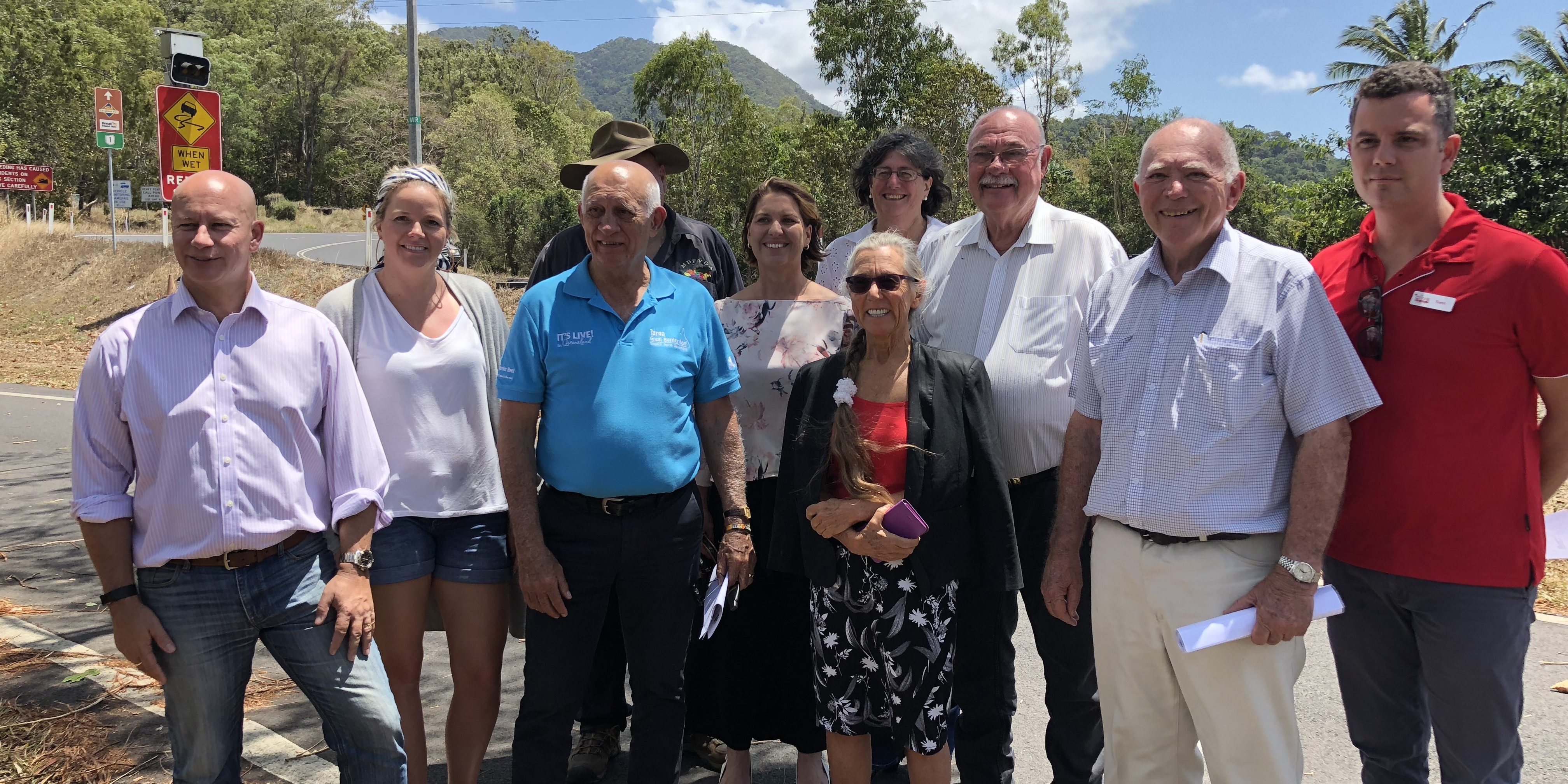 Federal Leichhardt MP Warren Entsch today welcomed the Queensland Government to the table after they decided to get on-board and support the National Highway Network Extension.

Mr Entsch said it was great Queensland Transport and Main Roads Minister Mark Bailey had finally decided to put the interests of Cairns and Far North Queensland ahead of political point scoring.

He said the proposal to extend the Bruce Highway from Ray Jones Drive, along Draper, Kenny and Bunda Streets to Mulgrave Road, then along Sheridan Street and the Captain Cook Highway through to Smithfield, along the soon-to-be-constructed bypass, was long overdue.

“It is fantastic to see Mr Bailey at last engaging with Deputy Prime Minister Michael McCormack to put the national highway extension on the agenda,” Mr Entsch said.

“This is the first-step, but most crucial, in ensuring that traffic congestion, especially in and out of the northern beaches, becomes a thing of the past.

“I know the thousands of motorists who are stuck in traffic congestion each morning and afternoon demand it.”

Mr Entsch said he would now work to secure the federal government’s share of the $370m cost to ensure the project becomes a reality.

He said he was confident now the Queensland Government was on-board the extension had a very good chance of being included in the federal government’s final National Land Transport Network (NTLN) Determination due to be released later this year.

“People are sick of this project being a political football. We all need to work together and have the foresight to plan for the future,” he said.

“I will be speaking to Mr Bailey when he is in Cairns this later this week and Mr McCormack when he visits next week to do all I can to secure an in-principal funding agreement from both of them.

“The time for talk is well and truly over. Both the federal and state governments need to work in a collaborative and positive manner to ensure this project happens sooner rather than later.”

Mr Entsch said while he welcomed the Queensland Government’s support to extend the National Highway Network, he was concerned the Kuranda Range had been excluded from its state-wide submission to the federal government.

“The Kuranda Range reached capacity many years ago and it was extremely disappointing to see it missing from the Queensland Government’s submission,” he said.

“The Kuranda Range is the critical link for commuter, commercial and visitor traffic but it is clearly beyond its capacity.

“It is absolutely critical we have safe and reliable access from the Tablelands, North Tropical Coast and Cape York to the Cairns International Airport to support our primary industries and exporters.

Mr Entsch urged Mr Bailey to reconsider his NTLN submission to the federal government to include the Kuranda Range.

“It is not too late to do so. There is no denying the Kuranda Range is a road of strategic importance, so to exclude it from the NTLN really beggars belief,” he said.

“It is also time the likes of the Labor state MPs Curtis Pitt, Michael Healy, Craig Crawford, Cynthia Lui and KAP state MP Shane Knuth start advocating for Kuranda Range’s inclusion in the NTLN on behalf of the communities they claim to represent.

“To date they have been mute on this issue.

“However, Craig Crawford did say recently the solution to the Kuranda Range was “driverless cars” and that any federal government money for infrastructure should be spent on Brisbane’s $15.4 billion Cross River Rail project.

“What a slap in the face that was for all Cairns and Far North Queensland residents from their local state representative.”