Entsch to represent Australia at the United Nations 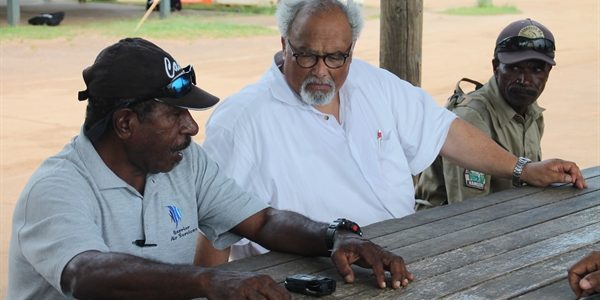 LEICHHARDT MP Warren Entsch will use his appointment to the United Nations later this year to present Australia’s position on a whole range of issues, including showcasing the work being done to preserve the Great Barrier Reef and warning the global community about worsening rates of tuberculosis.

Mr Entsch has been appointed as one of two Australian representatives to the UN General Assembly for three months from mid-September, based in in New York. Senator for Victoria Gavin Marshall will accompany Mr Entsch as the Australian Labor Party representative.

“I feel privileged to have this opportunity to present Australia’s views on a range of international issues that will be considered through the General Assembly,” Mr Entsch said.

“I’m looking forward to finding out more about how other countries approach mental health and suicide prevention activities. As the only MP serving as an independent Chair of a headspace, a former director of the Dr Edward Koch Foundation and working closely with The Junction Clubhouse and other mental health initiatives in our region, I’m very keen to share our experiences and identify any other areas of opportunity.

“The global trade in illicit wildlife is another issue I’m particularly interested in, along with the work that other countries are doing to manage and maintain protected areas like World Heritage sites. I want to see what they are doing and at the same time, make sure we get the word across about the good work Australia is undertaking, particularly in relation to our reef and our rainforest.

“Given that we are constantly being lectured on the management of the Reef, this will be a good opportunity to showcase Australia’s Reef 2050 Plan and other commitments that build on this, and highlight the outstanding work that we’re doing.”

Alongside these, the chance to talk at a high level about TB will be a game-changer, Mr Entsch said.

In 2015, 1.8 million people died from TB worldwide and 10.4 million people became sick with the disease, with more than 60 per cent of cases occurring in countries in the Asia Pacific region. TB has also now overtaken malaria and HIV as the greatest infectious disease killer in the world.

Mr Entsch has been working to raise awareness about the issue since 2010, firstly in his role as the MP for Leichhardt and more recently as the Australian Convenor for the Global HIV, Malaria and TB Caucus and the Co-Chair of both the Australian and the Asia-Pacific TB Caucuses. He has helped drive Coalition Government investment in a range of initiatives to help tackle this disease.

At the start of June, Mr Entsch hosted the UN Special Envoy on Tuberculosis, Dr Eric Goosby, for meetings in Parliament with relevant Ministers and then took him up to Saibai Island. There, he met with local health workers and PNG rangers trained under the BRTV program to get an understanding of the impact of widespread multi-drug-resistant TB on the region.

Mr Entsch said the timing of the UN appointment was critical as 2017 will be a turning point in determining whether the global community starts to make real headway in tackling this disease.

“Thanks to Australian and international investments in R&D we’ve come a long way in developing simpler diagnostics, and are well-progressed in trialling shorter oral treatments. But we’re far from developing a new vaccine and the sheer size of the TB burden in our region is daunting.”

Mr Entsch will be accompanied to New York by his wife Yolonde, who is also a keen advocate for improving access to health services in the Western Province area of PNG.

“Yolonde’s passionate about her work as the Cairns Ambassador for the YWAM Medical Ships and partnered with RRRC Connect, Soroptimists International Cairns and Sea Swift on a very successful ‘linen drive’ earlier this year. She’s also been engaging with women and children in remote areas and encouraging them to have greater participation in their community.

“Yolonde will be working with me to prepare a comprehensive report on all of our work with the UN, which I’ll be submitting to the Parliament on my return.”

While Mr Entsch is overseas he will be in daily communication with his Cairns electorate office, and Townsville-based Liberal Senator Ian Macdonald will visit Cairns as requested for face-to-face meetings. “As the only North Queensland-based Senator, he has a comprehensive understanding of the issues and needs of my local constituency,” Mr Entsch said.

“It’ll be business as usual and constituent issues will continue to be dealt with very capably in my absence by my experienced staff, just as they are when I’m in Canberra or travelling in the electorate.”

The annual delegation to the UN General Assembly is coordinated by Parliament’s International and Community Relations Office and costs are met by the Independent Parliamentary Expenses Authority.