Entsch supports calls for a fair and balanced workplace 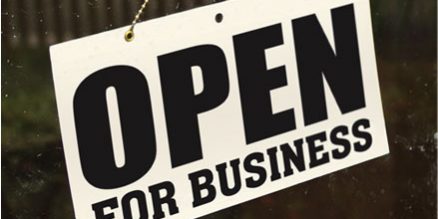 Mr Entsch has joined forces with other MPs representing regional Australia in stating his support for changes to the current weekend pay system, as recommended by the independent Productivity Commission in its report to Government on Workplace Relations.

“I welcome the report and in particular the proposal to apply the same bonus pay across both days of the weekend, which is sensible,” Mr Entsch said today. “Weekends are special and extra pay is justified, but not at the levels that we’ve now reached where restaurants trade at a loss or can’t afford to open at all.”

Research conducted by Restaurant & Catering Australia indicates that harmonising the weekend rates would result in the creation of an additional 429 jobs in Leichhardt, with an additional 545 hours of work offered to existing staff.

“Given the youth unemployment crisis in our region where around one in five young people are out of work in some areas, we’re slamming the door closed on opportunities if nothing changes,” Mr Entsch said.

Restaurants often offer young people their first chance of employment and the skills that they learn can then lead on to other jobs or a career in hospitality.

“The problem we’ve been seeing for many years though is that restaurants and cafés are discouraged from employing additional young people due to a Sunday and public holiday pay regime that forces café and restaurant businesses to close, to schedule fewer staff, or offer current staff shorter shifts.

“There’s also the fact that we live in a tourism destination where visitors expect services to be on offer seven days a week, but they can be walking the streets on a Sunday looking for a place to eat and door after door is closed. It’s not a good look.”

Mr Entsch has spoken out many times regarding society’s changing perception and attitudes towards what is considered a ‘normal’ working week.

“The current system doesn’t recognise that these people just want the opportunity to work and don’t necessarily think that having a Monday and Tuesday as their weekend is detrimental.

“In addition, given our focus on growing population centres in Northern Australia, we need to foster an environment that encourages businesses to grow and to create more jobs.”

The Coalition gave an election commitment before the 2013 election to ask the independent Productivity Commission to undertake an independent review of the workplace relations system to ensure the Fair Work laws worked for everyone.

The Government will carefully consider the final report and its recommendations, and if there is a good case for sensible and fair changes to the fair work framework, these will be clearly outlined and taken to the next election to seek a mandate from the Australian people.

Mr Entsch said he would like to see the government formally submit the Productivity Commission’s report to the Fair Work Commission before the Christmas break, so it can be considered as part of the full review of the Modern Review.

“It is right that the independent arbiter in these matters has all the facts at its disposal to make an informed judgment on this issue that is so crucial to regional Australia,” he ended.