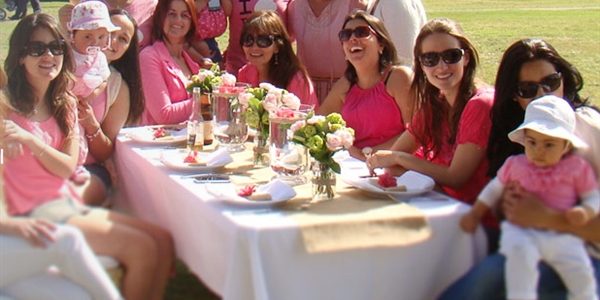 LEICHHARDT MP Warren Entsch has spoken out in support of Breast Cancer Awareness Month in Parliament – calling for the government to support the initiative, and acknowledging the heroic efforts of those who have experienced the breast cancer journey.

Mr Entsch was supporting a Private Members Motion on the issue by Maria Vamvakinou MP, Member for Calwell in Victoria.

“There’s no doubt that breast cancer is an insidious killer that is widespread in our communities,” said Mr Entsch.

“In Queensland this year alone almost 4000 women will be diagnosed with breast cancer or gynecological cancer and more than 750 will die from these women’s cancers.

“But it’s the personal stories of the mothers, grandmothers, aunts, daughters, granddaughters, nieces, female friends and colleagues that sadly bring these statistics to life.”

Mr Entsch described how his next-door neighbor has had both breasts removed, his neighbor across the street is currently undergoing breast cancer treatment, and a long-time friend of his in Cooktown survived breast cancer but had a breast removed.

“It just goes to show it can strike anywhere, and it’s far more prevalent in our communities than what you might think,” he said.

Mr Entsch said the Far North Queensland community always impresses him with the way people come together to help those in need.

He outlined a number of activities and fundraisers taking place across Leichhardt as part of Breast Cancer Awareness Month – including a breakfast on 10 October in Port Douglas arranged by the ‘Pink in the Tropics’ breast cancer support group which was supported by about 80 locals and many Douglas traders.

Upcoming events include: a Walk for Women’s Cancers in Cairns this Sunday 25 October; a Pink Ribbon event at the Pullman Reef Hotel Casino on Wednesday 28 October; and a fun run by the charity ‘Jog for Jugs’ on the tip of Cape York.

“I had the pleasure of flying back to Cairns from Horn Island in the Torres Strait on QantasLink a couple of weeks ago with an all-female crew, where the pilots were wearing pink epaulettes as part of the #weflypink campaign in support of breast cancer awareness and research. Money was raised through the crew to contribute to this charity,” he said.

“What a great initiative! A big thumbs-up to QantasLink and Captain Alana Curtin, First Officer Shelley Groves and Flight Attendants Janaye and Juliana for their participation.”

Mr Entsch concluded, saying: “I’d like to pay full credit to all those who have been actively involved in these campaigns, they are doing a fabulous job in raising awareness and much–needed funds.

“There is also much we can take out of the ‘Pink’ campaign when it comes to building awareness for a whole range of men’s health challenges, in particular prostate and testicular cancers.”