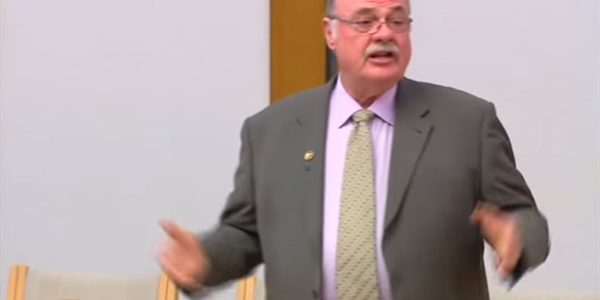 FEDERAL Member for Leichhardt Warren Entsch has reiterated in Parliament that the Government is committed to delivering the White Paper on Developing Northern Australia, saying it will be released “well and truly before the May Budget”.

Mr Entsch, supporting a Private Members Motion by the Member for Herbert, Ewen Jones, said there have been many focuses on Northern Australia that have been squandered in the past. “But, there is no doubt about it; the Government is absolutely committed to deliver on this one,” he stated.

“The White Paper was due out at the end of February. With the change in the Queensland Government, we have to wait until the Queensland Premier has been briefed and signs off on it, because it’s important the States and Territories have ownership of it.

“Due to the cyclone that subsequently hit the Capricornia region, the Premier has had to focus on other things and there hasn’t been an opportunity to brief her yet. This will take place as soon as possible and will enable the finalisation of the White Paper.”

Mr Entsch said the Prime Minister has indicated that he will be making a progress statement on the White Paper over the next few days.

The final report of the Joint Select Committee on Northern Australia has provided key recommendations to the White Paper, and discusses upgrading the Hann Highway and Tanami Highway – major beef roads – as well as expanding on industries such as fisheries, agriculture and aquaculture, boosting water storage options, insurance and energy among many other aspects.

“There are a lot of opportunities out there; we’re certainly looking forward to capturing many of those in the White Paper when it is released in the not?too?distant future,” Mr Entsch ended.