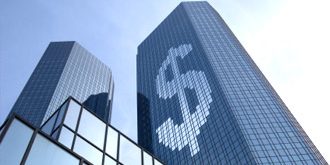 A ROYAL Commission into the immoral conduct of the Big Banks and the introduction of compulsory financial retribution for victims – including those in the Far North – is critical, says Leichhardt MP Warren Entsch.

Speaking in support of Prime Minister Malcolm Turnbull’s comments yesterday at Westpac’s 199th birthday event, Mr Entsch said he agreed that in many ways, the country’s large banking institutions have not been acting in the best interests of their clients.

“This has been proven recently with many of Australia’s major banks paying compensation to clients as a result of providing poor financial planning advice, and Tuesday’s announcement that ASIC will start action in the Federal Court against Westpac,” he said.

““I welcome the Prime Minister’s recognition of problems within the sector but an apology from the Big Banks and a commitment not to do it again in the future is not enough.

“I believe we need to go further – we need a full Royal Commission into the profit-driven and immoral activities of the Big Banks and they must pay an appropriate level of compensation to clients for past wrongs.”

Mr Entsch there are many in our city and region that are suffering profoundly because of the actions of the Commonwealth Bank of Australia (CBA) in particular.

“What is not evident in my view is any acceptance of responsibility by the CBA, which has engaged in unconscionable conduct and predatory practices across their banking, insurance and financial advice arms,” he explained.

“Nationals Senator John Williams has been instrumental in driving government scrutiny into the actions of the banking institutions and I’ve been in close contact with him, including referring cases from local residents and businesses.

“There are numerous Far Northerners who have been robbed of their superannuation savings, denied insurance payouts because of technical loopholes, or lost their businesses because of the actions of CBA and this needs to be comprehensively addressed.

“Other banks are recognising past wrongdoing to a degree but the CBA has actively fought to avoid any attempts to compensate those who have been profoundly impacted by their money-grabbing tactics,” Mr Entsch said.