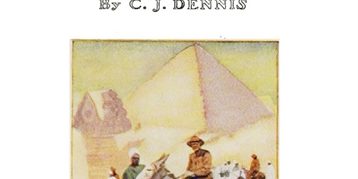 THE Centenary of Anzac will be commemorated around Australia on April 25th and here in Leichhardt the final preparations are well underway for this very significant occasion.

“Everyone in our region must be given the opportunity not only to commemorate the Centenary, but also the chance to understand where we fought, why we fought, and, most importantly, the reasons and values we fought for,” said Leichhardt MP Warren Entsch.

“One event that will be something quite unique is a performance of the play ‘Private Ginger Mick at Gallipoli’, an adaptation of the much-loved CJ Dennis poems “The Moods of Ginger Mick”.

“The play has been written and produced by THEATREiNQ in Townsville and follows Ginger from his beginnings, making a living selling rabbits and falling in love with Rose, to answering the call to arms in the Great War and being shipped off to Turkey.

“It’s a thoroughly enjoyable and heart-warming story of mateship and how a sense of national identity was formed amongst battlefields on foreign shores.
“I’d strongly recommend that school students, veterans’ descendants and their families, and the broader community, take advantage of this play coming to Cairns.”

The production is very generously being brought to FNQ by the Masonic Lodge in Gordonvale, which supports Hand Heart Pocket – the charity of Queensland Freemasons ? focusing on health, education, aged care and disaster relief in our communities.

Copies of the collection of CJ Dennis poems, written in a long-lost Australian vernacular, were famously carried in the pockets of the diggers in the battlefields of WWI.